SHRI KRIPALU KUNJ ASHRAM
"God does not need to attain anything for Himself, hence the only reason behind the creation of this world is to bestow His grace on the individual souls".

God is self complacent, self-satisfied and an unfathomable ocean of bliss. Hence, He does not need anything from anyone. All His actions are focused only on the welfare of individual souls.

Many innocent people ask, we are constantly suffering in this world. How can our sufferings be classified as His mercy?

To answer this question we need to understand the following aspects of divine philosophy. 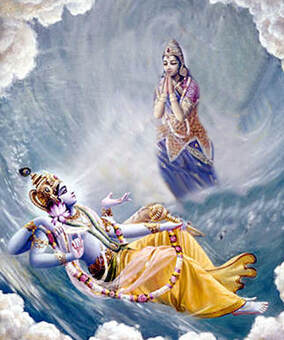 Maya - a divine power of God
Hence, out of His compassion and causelessly merciful nature, God releases the individual souls into Sansaar-The World, so that they may attain divine bliss, the ultimate aim of life. The jeev needs a body to perform actions and the body requires the necessities of life to survive. Hence God manifested Maya, to provide the necessities of life required for the sustenance of this body.

Srimad Bhagavatam says that “due to the disappearance of the souls, Maya is also dormant and grieved” which means during Mahapralaya all jeev lay dormant in the giant belly of the Supreme Lord called kārṇāṇava (कार्णाणव​), so their existence was as good as nothing. Maya though inert, through God’s Chit Shakti became active and manifested the entire sansaar-The World.

​Bhagavatam says that “due to the disappearance of the souls, Maya is also dormant and grieved” which means during Mahapralaya all jeev lay dormant in the giant belly of the Supreme Lord, so their existence is all for nothing. Though Maya is inert, it was God’s Chit Shakti that gave Maya the ability to be active (vs inert) and manifest the entire sansaar-The World. ​
“It denotes, there is no other reason for creation except His mercy, so that we can attain bliss and become almighty like God Himself”.
जानत तुमहिं तुमहिं है जाई ॥
jaanat tumahin tumahin hai jaee
“One who knows God becomes God-like”. Not only does He create the Sansaar-The World (संसार), He also teaches us the manyfold tricks and techniques to attain our goal in the easiest possible way. ​

But we are so attracted to the show and glamour of the material world that we do not pay attention to His words. He gave us this world as a means to attain bliss, but we conveniently ignored the teachings of God, shared with us through His scriptures and saints and started enjoying the sensory pleasures of the world. It is because of this grave mistake that we are miserable. However much we may blame God for our misery, He is NOT the cause of our misery. 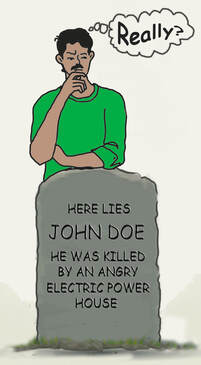 If someone were to die by holding a live wire, how is that the fault of the power-house?
Allow me to illustrate this with an example - An electrical powerhouse provides electricity to everyone to live comfortably, have light bulbs, operate machines, cook food etc. However, if someone were to die holding a live wire, would you consider it the wrath of the power-house? Or would you consider it misuse of the power given by the powerhouse?

Precisely, it is indisputably our duty to understand the significance of our body and the important role Sansaar-The World plays in our existence.

Body and world are created by Maya and both are vital to attain unlimited divine bliss. And neither of these would have been there without the creation. ​

To sum it all up, the reason for the creation is so jeev can attain ever increasing, everlasting bliss, which cannot be overpowered by sorrow or darkness.

On the topic of creation people ask a few other questions. While we are on this topic let us answer some of those questions.

After creation how is it decided which jeev will go in which life-form and which lok?

Human beings have been given a mind, an intellect and the ability to perceive panchtanmattra using the perception-oriented senses called gyanendriyan . Humans have also been given action-oriented organ called karmendriyan . Using these twelve faculties the humans perform fruit-yielding actions.  Similarly, each life form is also given appropriate gyanendriyan and karmendriyan to reap the fruits of their past actions.

​In a newly created world how does jeev know "how to achieve the aim of life"?

​Jeev are introduced in the Sansaar-The World to attain the aim of life.

Before introducing jeev into the Sansaar-The World God also introduces the Puranas, Itihas (Ramayan and Mahabharat) and then finally Vedas. Then one of the first people introduced on the earth are God realized Saints like Sapt Rishi. They explain the real meaning of scriptures to the people. So there is not a single moment when the jeev is left helpless without any guidance.

​When were Vedas Created ?

If you see Wikipedia you will see that Vedas were composed 1500 - 1200 BC. Additionally, Wikipedia says "The Vedas have been orally transmitted since the 2nd millennium BCE with the help of elaborate mnemonic techniques." It additionally says "The oldest part of the Rig Veda Samhita was orally composed in north-western India (Punjab) between c. 1500 and 1200 BC".
These dates are deduced by the researchers based on the physical evidence. As they find new evidence these dates keep changing. Given that, anyone can infer that these dates might not be bonafide !
When you are looking for answers on a topic then you seek the advice of the authority of that subject. Jagadguruttam Swami Shri Kripalu Ji Maharaj is the modern day authority in the Vedic Scriptures. He was acclaimed as Pad-Vakya-Pramad-Para-Varid by the august assembly of 500 Vedic scholars. These highly accomplished scholars declared to the world that Shri Maharaj Ji's knowledge was the source of the knowledge in all of the Vedic Scriptures. So I'll use Shri Maharaj Ji's words as evidence to answer your question.

Shri Maharaj Ji has stated by Vedas were never created anew. They appear from the breath of Karnarnavshayi Mahavishnu before the creation.  Then they are reproduced in each brahmand. The whole Vedas is 1 billion verses and at the present moment only a small subset of it can be found on earth. At the time of Mahapralaya Vedas merge back into the Supreme Lord. 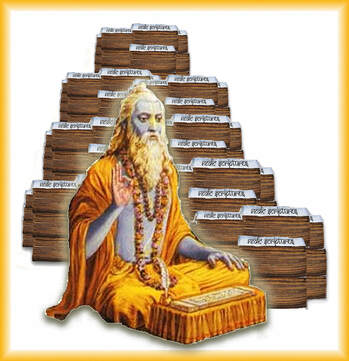 It gets transmitted orally in the first 3 yugas of Chaturyuga. Then, in Kaliyug people don't have a vast memory or comprehension power. So, just before Kaliyug, about 5000 years ago (which means approximately 3000 BC) Veda Vyas condensed 1 Billion hymns down to 100,000  hymns of Vedas and divided them into 4 books namely Rig Veda, Yajur Ved, Sam Ved and, Artharva Ved.

​Additionally, sometimes in the middle of the creation, if Vedas ever get lost then God introduces them back again.
If you enjoyed this one, you might also like

Indulge yourself in spiritual material by clicking on the following mages