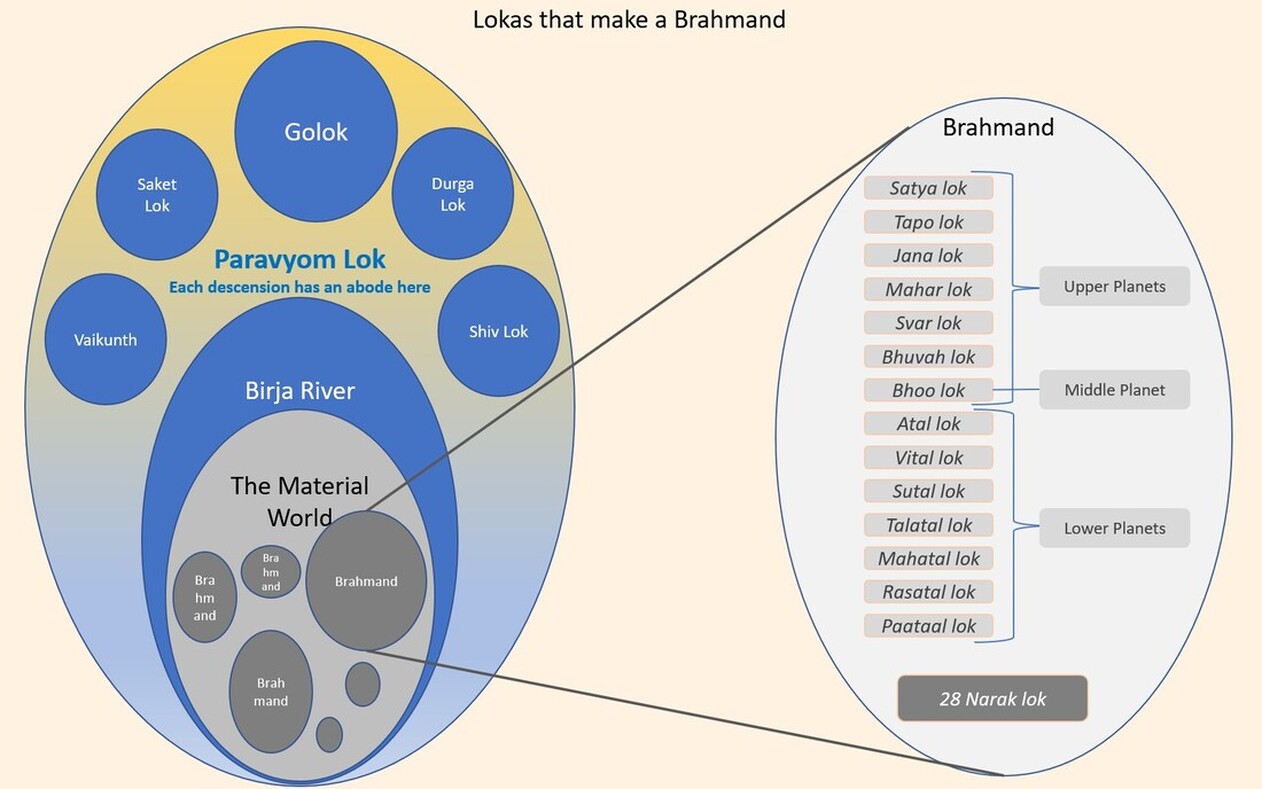 Our holy scriptures present a different cosmic perspective. These holy scriptures state that Maya, the material energy of Brahma - Supreme God, has manifested an infinitely large material world called Sansaar-The World (संसार​). In this sansaar there are countless cosmic eggs called brahmand. Each brahmand is created by Lord Brahma, sustained by Lord Vishnu and destroyed by Lord Shankar. This brahmand has a definite life span (see Kaal-Time for more details) after which the brahmand will be destroyed. The scientists of today have also come to believe that the world will one day be destroyed.

The Atharva Ved and Puranas further depict that there are fourteen major lok altogether in a brahmand. These lok could be divided into three different categories of lokas (लोक) i.e.
The entire structure of all these 14 planets makes one Brahmand (cosmic egg).

Before the battle of Mahabharata commenced in Kurukshetra upon Arjun's request, Bhagavan-Shri Krishna revealed the entire material manifestation in His being. That form is referred to as Virat Swaroop.
If you enjoyed this one, you might also enjoy