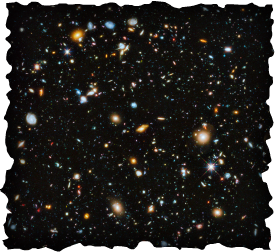 The term ‘world’ stands for the assemblage of innumerable cosmic eggs called brahmanad. This world is created to support 8.4 million forms that jeev (soul) are given. World is the manifestation of God’s material energy Maya, which is endowed with three modes :-
So, all material objects are affected by the qualities of sattvik, rajas or tamas mode. Although, all the living beings are also influenced by all three modes, yet depending on the form one or the other mode is dominant :-
​This world is created by inert Maya yet it is so illusive that even the great yogis and sages fail to comprehend it.
"Maya dismays even Brahma the creator and Shankar the annihilator, then who else cannot be swayed by its might". Maya on its own accord can do nothing, but with the power of Almighty Brahma - Supreme God there is nothing that it cannot do. Lord Krishna says in the Bhagvat-Gita.
दैवी ह्येषा गुणमयी मम माया दुरत्यया  । मामेव ये प्रपद्यन्ते मायामेतां तरन्ति ते ॥ गीता ७.१४
Daivī hyēṣā guṇamayī mama māyā duratyayā . Māmēva yē prapadyantē māyāmētāṁ taranti tē. Gītā 7.14
"It is my power. Hence it is invincible unless one surrenders solely unto Me."

The Sanskrit word for world is sansaar (संसार). The literal meaning of this word is ‘the one which incessantly keeps slipping downward' 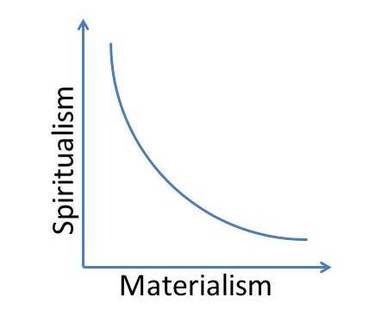 The other word is jagat (जगत​), which means “ever moving”

Currently the world is making tremendous progress in the material realm. Hence, per the law, regression in the spiritual realm is quite evident. Corruption, greed, crime, terrorism etc. is on the rise.

Nature of the world

Some great scholars and sages claim this world to be real and some assert it is unreal and imaginary. The first Jagadguru Shankaracharya says this world is a figment of one's imagination. He says, there is nothing called sansaar (the world).

The other three Jagadgurus, (greatest scholars of their time), Jagaadguru Nimbarkacharya, Jagadguru Ramanujacharya and Jagadguru Madhvacharya assert this world is real because it is created and sustained by God.

​The fifth Jagadguru, Jagadguru Shri Kripalu Ji Maharaj, who was honored by the exclusive title of Jagadguruttam (the best of all other Jagadgurus) asserts emphatically this world is both mendacious and real. He reconciles this philosophy beautifully stating that there are two worlds.

1.  External gross world: This is made of ﻿Panch Mahabhoot﻿ and created by God through Maya. This world is real since it is created by God.
सत्याद्भूतानि जातानि स्थापसराणि च राणि च ।
satyaadbhootaani jaataani sthaapasaraani ch raani ch
"All living beings including all mobile and immobile and the inanimate objects like planets, dirt, water etc is created by God Himself". Hence these are all real.
2. Internal world of desires: This is within the mind of every living being. It consists of innumerable subtle impressions created in countless lifetimes by the desires for various objects of the external gross world. The internal world is mendacious since it is a creation of our ignorant mind.
Whatever is perceptible by mind, tongue, eyes, or ears etc, is transient and material.

The internal world of desires, ambitions and feelings for an external gross world are related to the mind’s present state. Those are in constant flux. 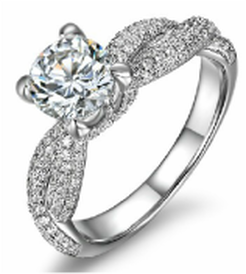 Suppose two friends were going for a morning walk. They saw a shiny ring lying on the ground. Suspecting it to be a diamond, one of them grabbed it and became jubilant by creating a mental world of opulence. The other friend was disappointed, considering himself to be unfortunate. After a while they meet an appraiser of diamonds. The appraiser appraised it as a fake diamond worth $20. Even though the ring remained unaltered, the one who found the ring feels dejected and disinterested in keeping that ring. The other friend who was disappointed is relieved that he didn't lose anything valuable.

Notice that even though the physical object remained unaltered, based on its perceived value there was a difference of day and night in the attitudes of the people. In this example, the ring is a physical thing, and is an example of the external world. Whereas the ambition of owning a diamond is an example of the internal world. The internal world was concocted by the mind based on the perceived value hence it kept changing.

Impact of these worlds 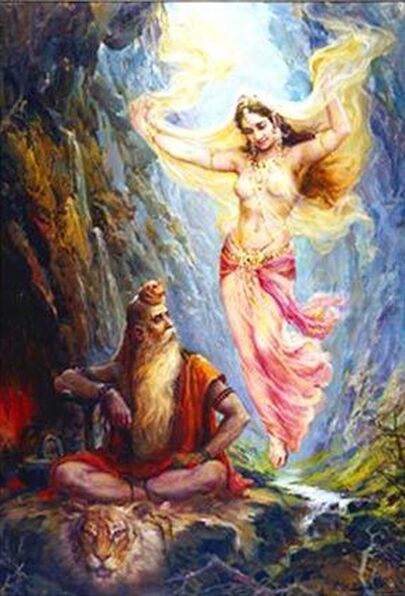 It is the internal world which is stronger since even if the external object is not present in front, the inner peace is disturbed by desiring for it. And exposure to the external world can most certainly flare up the desires. Sometimes, a dormant desire to acquire the external objects may not be evident, but seeing the external objects fuels the dormant ambition to acquire them. This can be understood with an example: A child who likes candy may not be insisting to have it at any given moment but upon seeing candies, it could be quite difficult to control him. Similarly, one might be able to control one's greed easily but finding a big bag of unattended money at an isolated place, might make it impossible to control one's greed. There are several historical evidences, where many great sages and seers like Saubhari and Vishvamittra etc. experienced downfall due to their association with the external world.

One thing is certain, if the intellect firmly decides that objects of the external world cannot fulfill our desire of Supreme Bliss, then the desire to acquire the external objects will automatically come to an end. So the first step is a firm determination, by constant contemplation, that there is no happiness in this world. Armed with this knowledge, the same mind, which creates the internal world, can deliver us from the cycle of miseries by accepting proper guidance of a genuine saint.
If you enjoyed this one, you might also like