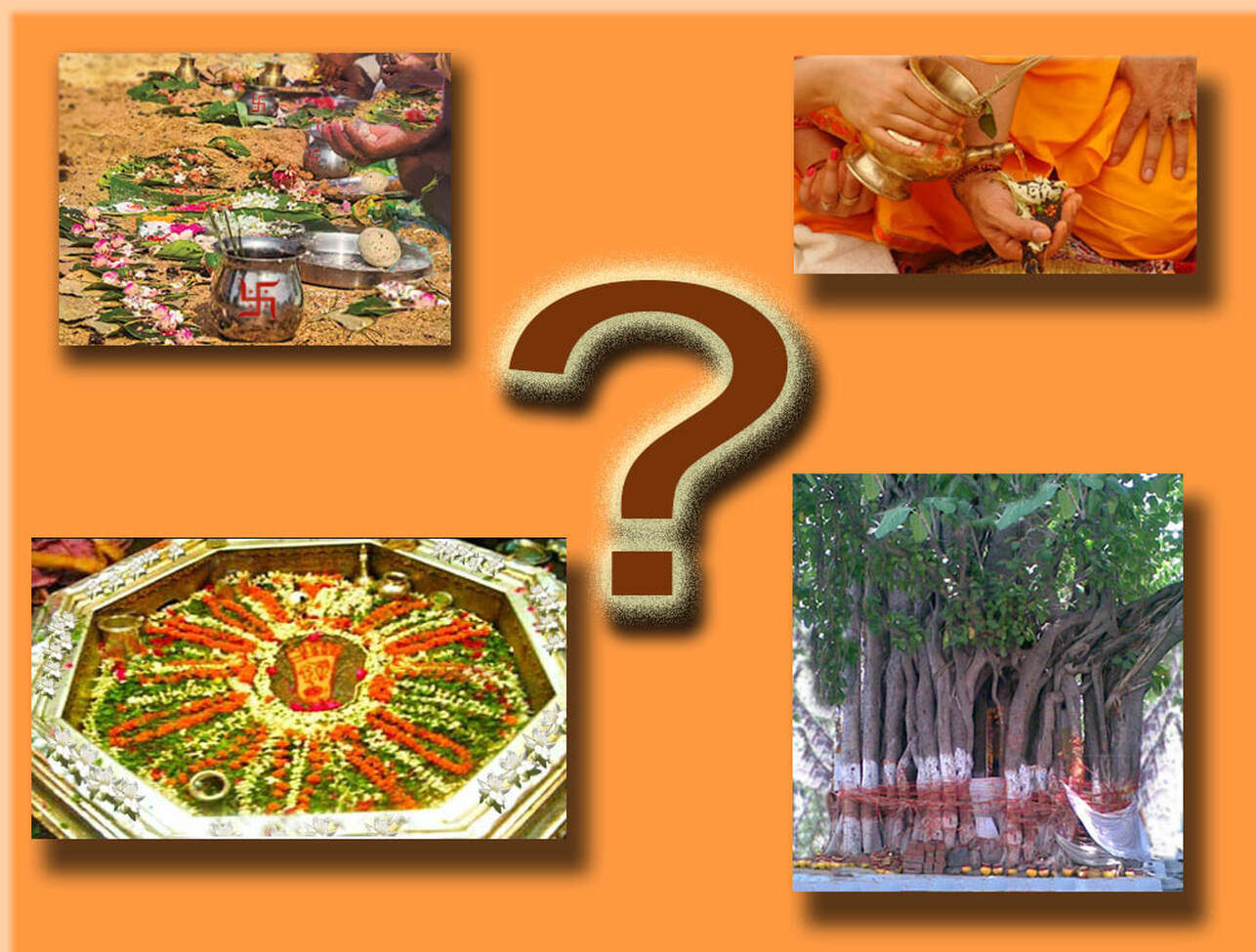 Can one get liberated by pind daan done by sons and grandsons? Should one do pind daan or not?
​​Answer :

Pind Daan is a vedic ritual (Karmakand). It falls in the neimittik karma category of Karmakand  performed for the benefit of departed souls. Hence, the straightforward answer to your question is that Karmakand  cannot lead to the liberation of any jeev. Human beings are indebted to parents and ancestors, who bestowed lineage, a precious treasure of culture, traditions and sanskars. By performing this ritual one can repay a fraction of the debt to parents and forefathers. In Scriptural terms it is referred to as pittri rin ​. So, thought it is an expression of gratefulness, it does not lead to any spiritual gain for the doer or the departed.

In Satyuga, all four pillars of dharma were dominant, namely, austerity (तप), purity (शौच), mercy (दया) and truth (सत्य). Hence people of that yuga had so much spiritual power that they were able to ascertain where and in what state their departed ancestor was. If the ancestor was in swarg (heaven), one could call upon their ancestors to give them offerings through which they could get peace to a certain extent. Similarly, if the departed ancestor was in narak (hell), they could get relief from pain if the rituals are performed exactly as prescribed in the Vedas. If the departed ancestor was reborn as a human, they could also attain momentary peace through these rituals. However, if there are any errors in the rituals performed, it could also cause an adverse effect. Also, if the rituals are not completed as prescribed, it can cause a total downfall of the one who is performing them. This is so because the rituals in Karmakand are completely devoid of Bhakti (devotion)(4)​ .
There is a narrative in the Vedas (read in Karmakand), which talks about a very cruel demon Vritrasur who wanted to defeat devatas and become the ruler of swarg. The demon selected the wisest among the brahmins and forcibly made them perform a yagya to ensure his victory.  The mantra that was to be chanted to attain his goal was -
इन्द्रशत्रुर्विवर्धस्व​
indraśatrurvivardhasva
In other words, it meant ‘May the enemy of Indra (i.e. the demons) be victorious’. Each mantra of the Vedas has a specific note similar to the musical notes. If they are not recited exactly as per the notation, the meaning of the mantra changes. There are three kinds of notes (swaras) in the Vedas - UdAtta, AnudAtta and Svarita. The brahmins did not want such an atrocious demon to become the king of swarg. So, these wise brahmins cleverly changed one UdAtta swara to AnudAtta swara, while reciting the above mantra which now meant ‘May the enemy of Indra lose’. The demon was not as well versed with the intricacies of Sanskrit language and the scriptures. Therefore he could not understand that the meaning of the mantra had become contrary to his intent. He waged a war against devatas. The demon was slain and the devatas turned out to be victorious.
षड्भिः संपद्यते धर्मस्तेऽति दुर्लभतराः कलौ ।
​ṣaḍbhiḥ saṃpadyate dharmaste'ti durlabhatarāḥ kalau ।
In this age, one can hardly find anyone who can pronounce each letter of the Sanskrit alphabet correctly. To top it, even if we search far and wide, one cannot find a person who knows the mantras along with the musical notations of Sama Veda, which are needed to invoke a celestial being.

Given those restrictions, whether it is Pind daan or any other ritual prescribed in Karmakand ​, what is the benefit of performing it? In other words, if while abiding by these very strict rules there happens to be the slightest error, then in addition to not getting material benefits one would have to face punishment. Then how can one even think of the possibility of attaining liberation through such a ritual?
Despite this, in order to set an ideal in the society, Pind daan was done by great saints and even God Himself during His descension. This is prescribed so that people who don't perform devotion to God might follow the Vedic rituals of Karmakand and thereby abstain from becoming completely unruly. If they don't do devotion and do not believe in Vedas then they will engage in vikarma and become ‘vikarmis’ (truant). Whereas, if people without devotion have reverence for these rituals, at least they will do some charity and earn some virtuous deeds. They will at least lead a pious and satvik life. A person with such a mindset can get benefitted, if they meet a genuine saint who makes them understand that when these Karmakand ​ rituals are coupled with devotion to God, then one can be liberated. On the other hand, a person will not listen to a saint, let alone follow the teachings, IF he does not have any faith in the Vedas. Then, how can such a person walk on the path for his own upliftment?​(3)
महाजनो येन गतः स पन्थाः
mahājano yena gataḥ sa panthāḥ
“The saints performed rituals as prescribed in the Vedas to set an ideal. So that people follow in their footsteps and live their lives according to the set norms.”
Shri Krishna explains the reason for this clearly in the Gita,
यद्यदाचरति श्रेष्ठस्तत्तदेवेतरो जन: | स यत्प्रमाणं कुरुते लोकस्तदनुवर्तते || ३.२१||
न मे पार्थास्ति कर्तव्यं त्रिषु लोकेषु किञ्चन | नानवाप्तमवाप्तव्यं वर्त्म एव च कर्मणि || ३.२२||
यदि ह्यहं न वर्तेयं जातु कर्मण्यतन्द्रित: | मम वर्त्मानुवर्तन्ते मनुष्या: पार्थ सर्वश: || ३.२३||
उत्सीदेयुरिमेलोका न कुर्यां कर्म चेदहम् | संकरस्य च कर्ता स्यामुपहन्यामिमा: प्रजा: || ३.२४||
yadyadācarati śreṣṭhastattadevetaro jana: | sa yatpramāṇaṃ kurute lokastadanuvartate || 3.21||
na me pārthāsti kartavyaṃ triṣu lokeṣu kiñcana | nānavāptamavāptavyaṃ varta eva ca karmaṇi || 3.22||
yadi hyahaṃ na varteyaṃ jātu karmaṇyatandrita: | mama vartmānuvartante manuṣyā: pārtha sarvaśa: || 3.23||
utsīdeyurime lokā na kuryāṃ karma cedaham | ​saṅkarasya ca kartā syāmupahanyāmimā: prajā: || 3.24|| 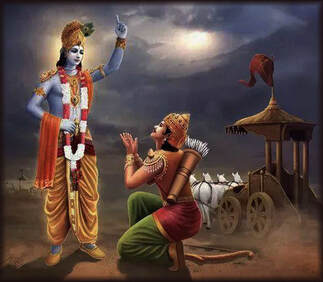 Shri Krishna giving Gita upadesh
“O Arjun! People idealize great people and follow in their footsteps. The masses follow the standards set by these people (21).
O Parth! There is nothing in all the three universes for Me to do or attain or earn (22).
But, if I do not engage myself in performing righteous actions, the world would suffer immensely, since people would follow Me in all matters (23).
​If I cease to act, the world will perish and I would be accused of causing confusion and destruction (24)”.

From all these examples, it has become clear that these saints performed all the necessary vedic rituals while being completely detached from them. Their performance of these rituals was  only for the purpose of setting an example for the souls who are attached to the material world. However, in other articles we have established through various evidences from the Vedas and scriptures that one can attain liberation only through devotion.
Shankaracharya also says,
शुद्धयति हि नान्तरात्मा कृष्णपदाम्भोज भक्तिमृते |
śuddhayati hi nāntarātmā kṛṣṇapadāmbhoja bhaktimṛte
"The mind is fully purified not by virtue of one's efforts in practicing jñāna, but through the grace one receives through bhakti or devotion to God.”
मोक्ष साधन समग्र्यां भक्तिरेव गरीयसी । त्वद्भक्तिमृतहीनानां मोक्षः स्वपनेऽपि नो भवेत्॥ बा. रामा.
mokṣa sādhana sāmagryāṃ bhaktireva garīyasī ॥​​
"Of all the methods that lead to liberation, bhakti is supreme and indispensable to attain God.”
"The impossible may become possible, but one can't attain liberation without doing devotion to God."
In a nutshell, one cannot get liberated through any vedic rituals also referred to as karmakand. Devotion is the only means for liberation. Moreover, these days 99.9% of the priests are even devoid of the prescribed knowledge to perform the rituals. Hence, there is no harm in doing pind daan in order to look good in the eyes of the society. However, one should expect no spiritual benefit from such rituals unless you adopt the principles of karmayoga.
If you enjoyed this one, you might also like