Bhagavan - Shri Krishna graced the creator Lord Brahma with the knowledge of the Vedas before the creation of the sansaar- the world.  These Vedas also made Lord Brahma aware  of the three major debts we are born with and the best way to repay them.

We, are born with, our prarabdh karma (destiny), that comprises of the fruits we reap till the last moment of this life, due to the result of different kinds of good and bad actions of our previous lives. According to the scriptures, by repaying the three debts we get acquitted from undergoing the fruits of many bad actions and agony caused by them. Even if someone does not believe in scriptures, we are still bound to suffer the agony brought upon us by the bad actions of our past lives. So, once we know there is a way to avoid sufferings and agony, then it is always wise to learn about and then pay off these three debts.

So, let us reflect on these three debts and how we can be acquitted from them. 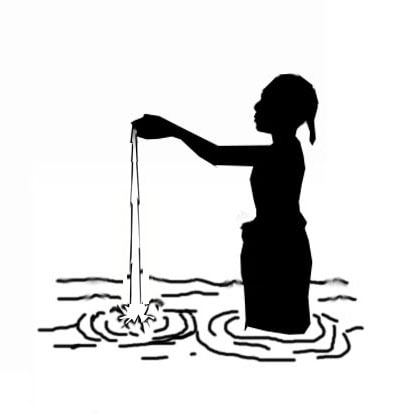 Offering water to Sun to pay off debt to celestial beings
Deva Rin (देव ऋण​) is debt to the celestial gods and goddesses.

Our life is supported by essential forces like air, space, water, fire, and earth, food and many more. Who arranged for all of the above for us?  From the moment of conception till our birth we were provided with everything needed for our survival. After birth, milk was there for us in our mother's breast even though we had no idea of what is required for our sustenance. God graciously provided everything through many celestial gods and goddesses like Soorya Devata (Sun), Pawan Devata (Wind), Agni Devata (Fire), Varun Devata (Water), Saraswati Devi (goddess of knowledge), Dharati Mata (earth), Annapoorna Devi etc. We are indebted to them for providing valuable gifts for sustenance of our life. That’s why our scriptures advise us to express our gratitude to the celestial beings (devi and devata) by offering fire sacrifices (yagya) to celestial beings (devi-devatas).

Following Scriptural advise and respectfully performing rituals towards these sources benefits us and improves our surroundings, physical and health health and bestows knowledge and wealth.

The following example explains this further; according to Vedas one should offer water to the rising sun (अर्घ्य​). Now to do so, one has to get up early in the morning (which is good for health), go to the river to bathe and fetch water (benefit of fresh water), standing while facing towards the sun (improves vision and with rays of early morning sun, human body can create Vitamin D which is also essential for health). We also get the benefit of fresh and clean morning air also. Thus, only by one activity we get to avail the benefits from Varun Devata, Soorya Devata, earth and space.  Adding to the above example when proper yagya samagri (material consigned to the ceremonial fire) burns, the fumes permeate the atmosphere and purify the entire area. Everyone breathing that air benefits from inhaling that purified air. Thus, getting all the five gross elements helps in maintaining our health and well being.

So, we must be grateful to the celestial beings for providing these essentials elements. 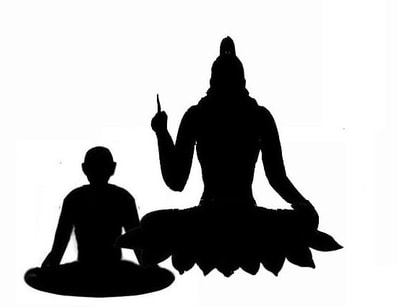 Learning scriptures to pay off debt to Saints
Human beings acquire the knowledge from the ancient sages and intellectuals as in Manu Smriti written by Manu, there are teachings about the ideal conduct and behavior to be followed during our lifetime. Sage Ved Vyas wrote Gita and Mahabharat to impart the knowledge of three kinds of Karmas and their consequences. He also wrote Vedant to enlighten us with the path of knowledge which leads to liberation from the influence of Maya (1). Sage Ved Vyas also wrote Shrimad Bhagawatam Mahapuran and Shukdev Paramhans recited the same to king Parikshit. Bhagavat bestows the knowledge of pure devotion to the seekers. Similarly there are numerous other scriptures written by countless other sages to enlighten us.

Thus humanity is indebted to many such sages and seers, who are the source of true knowledge which liberates people from the clutches of Maya. We are indebted to these sages who provide knowledge to mankind. This debt is called Rishi Rin (ऋषि ऋण). To repay this debt we are expected to read and learn the scriptures, and impart the same knowledge to others as well. Brahmcharya Ashram (ब्रह्मचर्य आश्रम) and Sanyas Ashram (सन्यास आश्रम) are dedicated for this purpose. Even though, before God realization, it's not possible for everyone to attain perfect knowledge of all the scriptures, yet an attempt to do so is expected. 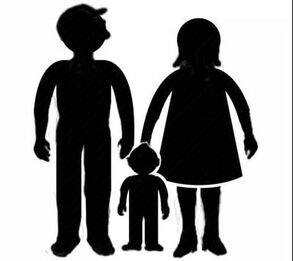 We get the chance to repay the debt to our ancestors in Grihasta Ashram by bearing children and nurturing them
Human beings are indebted to parents and ancestors, who bestowed lineage, a precious treasure of culture, traditions and sanskars. This debt is referred to as Pittri Rin (पितृ ऋण​).

We get the chance to repay this debt in Grihastha Ashram (गृहस्थ आश्रम ) by giving birth to children, nurturing and educating them and teaching them valuable traditions of the ancestral lineage. For example, as Lord Ram followed the ideals of His ancestral lineage, Raghuvansh, by being loyal to His subjects and keeping His word at all cost.
Later, due to few changes in culture and traditions, the following two debts were added in some scriptures – 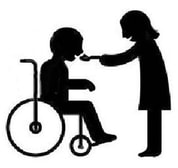 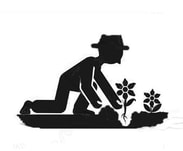 By assiting in mantenance of ecological balance one repays this debt
Bhoot Rin (भूत ऋण​ ) is debt unto animals like cow and ox, various plants, and the Panch Mahabhoot. We are indebted to God, who provided all this for our survival. Repaying this debt includes being kind to animals and plant-life, making their life peaceful and abstaining from all activities that disrupt the ecological balance.
Suggested Reading