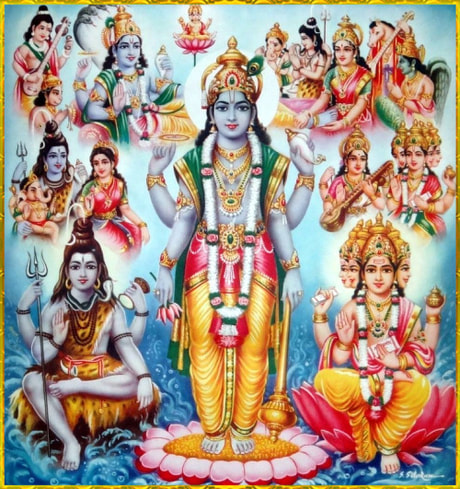 There are so many God. Who should be worshipped?
Question

In my family, we have a tradition of worshiping multiple Gods and Goddesses  as per the occasion or festival for example Ganesh Ji on Ganesh Chaturthi, Lakshmi-Ganesh on Diwali, Bhagwan Shankar on Maha Shivratri, Durga Maiya on Dura Puja etc. You propagate devotion to Shri Radha Krishna alone. I am worried of the consequences, if any devi-devata gets upset with me, if I stop worshiping them. What should I do?

Now-a-days multiple deities are worshiped in most Hindu families. All Vedic scriptures unanimously state that there is only one Brahma - Supreme God (परात्पर ब्रह्म) acclaimed by all. That Supreme God has numerous incarnations with different forms and attributes, hence His position is above all and He is respected by all. Since it is the same Supreme God who takes on different forms at different times, the question of different deities is meaningless.

Let us understand this concept in greater detail. 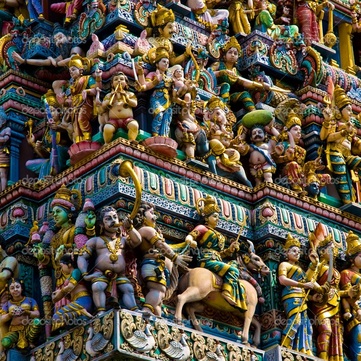 Worship of celestial Gods and Goddesses is quite prevalent. Let us understand who they are, why they are worshipped and what can that worship do for us?

Apart from the Supreme Lord Shri Krishna and His incarnations, there are 330 million (33 crore in Hindi numerals) celestial beings. The live in Upper Planets and they too are under the control of Maya, just like we are under the control of Maya. However, unlike us, the body of these celestial beings is ethereal(तेज​) which means it is not made of five gross elements.

Some of these celestial beings has been made a master of one material power by the almighty God; for example However, their power is finite. Also, that position and power is given to them only for a finite period of time.

Worship of these celestial beings is prevalent in our society due to ignorance of their true personality. Their worship does not yield any spiritual benefits as they too are material beings. 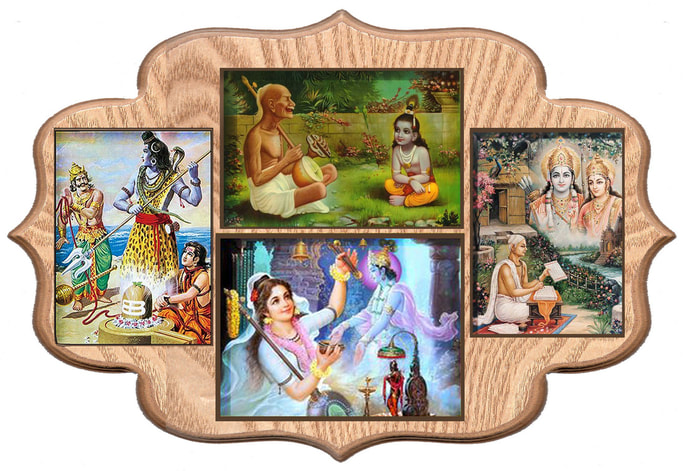 History of Rasik Saints illustrates that every saint was dedicated solely to one form of God.
As opposed to celestial beings, the incarnations of God viz; Lord Ram, Krishna, Shankar, Durga and Hanuman Ji etc. are divine and a part of Supreme God Himself. Each of them is endowed with all divine powers of the Supreme God Shri Krishna. Being divine Their powers are limitless and Their existence is forever.

Hence, per your own liking you can choose any one incarnation of God as your deity (इष्ट देव). Worship or performing devotion means to love God. Perfect devotion means exclusive and unfathomable love for your deity with absolutely no material desire. If you change your deity as per the day or occasion, your love for any form of God will not be stable. When one and the same God appears in different forms, then why put in extra effort and end up distracting the mind by switching from one deity to another? Furthermore, since the same personality has manifested Himself in various forms, questions like worshiping a different deity or comparing the greatness of one deity over the other is irrelevant. In fact, scriptures say that comparing deities is a serious spiritual transgression called namaparadh. Hence abstain from all comparing forms of God.

The aim of devotion is not to collect the idols of various deities. The sole aim of devotion is to love God wholeheartedly with complete surrender of the mind.  And to accomplish this goal, one has to become ananya (अनन्य) which means to perform single minded devotion to one deity only. Only then, can you establish an intimate relationship with God. Read the history of Rasik Saints and you will find that every single one of them was dedicated solely to one form of God.

Are All Avatars Equal

Shri Krishna is the Supreme Lord, the Lord of all Lords, He is called Avatari which means the source of all the incarnations. And all His incarnations are endowed with all powers of Shri Krishna. ​When we hear the above statement then in our simple mind we might rationalize that worshipping all descensions will result in the same result. Then another question pops up in our minds "Why does Shri Maharaj Ji advise us to worship only Shri Krishna"?

Short answer - Shri Krishna bestows His unlimited powers and bliss to all His incarnations. Still, those individual incarnations exhibit the powers only as per the need of the moment. 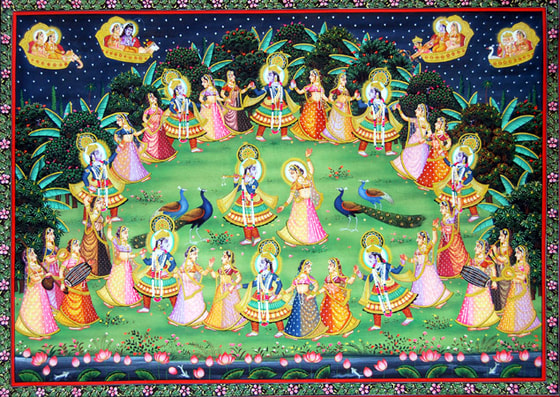 ​By worshiping these incarnations, one can attain bliss BUT according to the nature of one’s chosen deity. eg.
So, first set your goal then choose the deity according to your goal and interest. Or if you have a spiritual Master then follow his guidance.

So we should become an exclusive devotee of any one form of God. Only then can we attain the goal of God-realization. Shri Krishna has clearly stated in the Gita:
"“Those who constantly meditate upon Me and selflessly serve Me, I protect what they have and give them what they don’t have".

Pure devotion towards Shri Krishna alone, can bestow upon us the unlimited divine-love-bliss. Lord Shankar, Brahma and Vishnu also adore Shri Krishna. The celestial Gods worship Him constantly. So never fear that they will be annoyed for this reason. Rather they will be happy and sing your glories if you worship Him exclusively.
If you enjoyed this one, you might also like