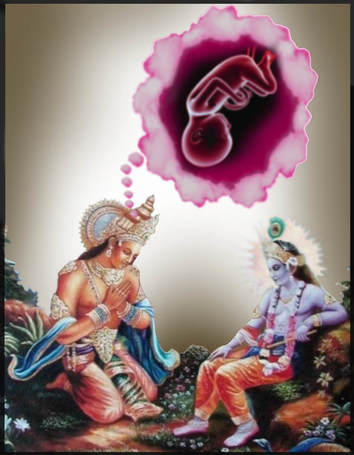 Celestial Beings desire Human Form
Humans cannot even imagine the luxuries of the celestial abodes (Swarg). Celestial beings, who inhabit those abodes, don’t have to toil for anything as they can attain any material thing by merely resolving to obtain it. Their bodies are fragrant, lustrous and strong, they don’t excrete, don’t age, and don’t suffer from any physical diseases. The celestial beings have thousands of times more knowledge than humans and they are endowed with miraculous celestial powers. For instance, their weapons like Agni Ban (fire-arrow), Vayu-Ban (arrow of air) etc. are so precise that they destroy nothing but the target. Indra, Varun, Kuber, Soorya, Chandra etc. are celestial Gods.

Whereas, humans have to toil for attaining everything including basic necessities like food, clothing and shelter. Our bodies have nine major excretory apertures. In addition, human body excretes smelly sweat from every pore. Our most sophisticated weapons are so primitive that if a nuclear bomb detonates it causes mass destruction and does not care about the creator of the bomb, his allies or enemies.

As opposed to desiring beauty, knowledge and multiple miraculous powers, why would such celestial beings want to become human? It indicates there is something very enticing in the human form of life, which is so exclusive that even celestial beings are willing to forego all the luxuries of the celestial abodes and they are desirous of getting a transient, filthy, and weak and ignoramus body. Really! Why?

Let alone beauty, human form in endowed with much less physical capabilities than animals and birds e.g. vulture can see a lot farther than humans, dogs have much more acute sense of smell and hearing. The animals would not eat poisonous grass, shrubs and leaves. They instinctively have ability to distinguish between edible and inedible food, while humans do not.

The newborns of animals can stand right after their birth, human-children cannot. Animals swim without training, while human beings get training. So the human beings have to acquire knowledge, which takes years. Even after all the training human knowledge is like a drop in the ocean as compared to that of celestial beings. Even then they want to attain human form of life! Why? 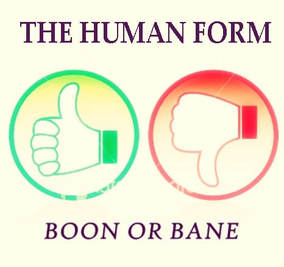 “Human body it is the stairway to Narak, swarg, mukti, gyan, renunciation and bhakti”

Human body is so admirable that it may lead to narak! Yes. Even though while in  human form one can attain the greatest reward - bhakti (devotion), which enslaves even Almighty God, Tulsidas Ji first calls out narak since most of us perform actions which condemn us to go to narak. Those who are a little wiser prefer to perform actions that lead to celestial abodes (swarg). Yet even wiser ones respectively aim for mukti from clutches of Maya, and devotion.

It implies
कर्म प्रधान विश्व रुचि राखा । जो जस करइ सो तस फल चाखा ॥
karm pradhaan vishv ruchi raakha . jo jas kari so tas phal chaakha
"This creation is based on the actions of human beings. Hence, everyone has to experience the fruits of their own actions”.

There are 8.4 million life forms which includes all of the life forms in all lokas. Jagadguru Shri Kriplalu Ji Maharaj asserts only humans have the right to perform result-yielding actions. This extraordinary trait sets humans apart from all other forms. That is why human form is called karm-Yoni and all other forms are called bhog yoni. Karm-yoni means a form in which is every action yields results and bears the fruits of past actions. Bhog yoni means a form in which one merely bears the fruits of actions performed in past human lives. 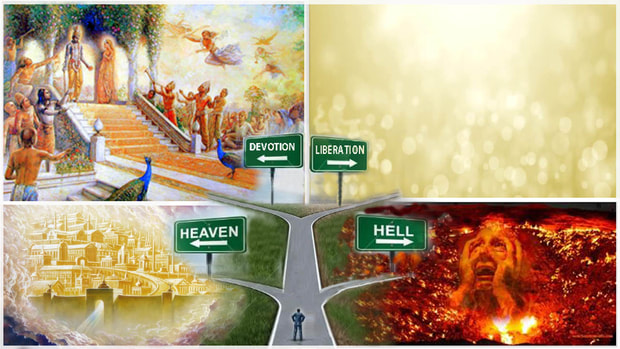 Set your goal and strive to attain it
“Who knows which moment will that last moment”?

So, the human form is the most precious form of life since this is the only one that can provide us unlimited eternal bliss. But it is transient and after-life is dependent on our own actions.

Human form could be a greatest boon if we understand the value of human life, pay attention to the scriptures, practice what they preach, take advantage of the experiences of the great men and sincerely follow instructions of the saints. It could result in us roaming around in 8.4 million life forms if we lead a whimsical life ignoring the most precious gift of God, and disrespect our scriptures and saints.

This proves every human being decides for oneself if the human form will prove to be a boon or a bane for them.
मानव देह देव दुर्लभ होने के साथ साथ क्षण भंगुर भी है । इसका मूल्य समझो ॥
Is addition to being unattainable by celestial beings, Human body is fleeting. Understand its importance and put it to good use.
- Jagadguruttam Shri Kripalu Ji Maharaj
If you enjoyed this one, you might also like