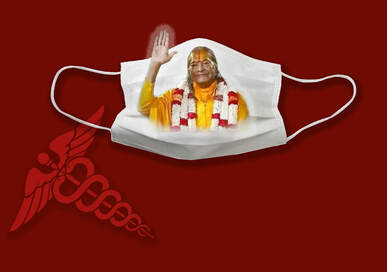 COVID-19 has spread all over the world. It is a highly infectious respiratory disease caused by a newly discovered species of Corona virus. This disease was first identified in December 2019 in Wuhan, the capital of China's  Hubei  province. By the end of Apr 2020, there were 3 million confirmed Corona virus cases in 180 countries resulting in over 250,000 deaths. With the increasing number of deaths all over the world, this pandemic has become a cause of fear, stress and anxiety amongst the population at large.

Our scriptures identify “fear of death” (called abinivesh) as one of 5 afflictions (see Panchklesh) that torment the living beings. The root cause of this fear is our ignorance and inability to recognize the real self which refers to the soul. The soul is given this precious human body with the sole objective of performing actions that’ll take the soul to its rightful home – God, the personified form of bliss.

The attainment of this bliss is the ultimate aim of life of every human being. However due to ignorance, instead of knowing and realizing “I” as the soul, we consider the material body as the real “I”. If this misconception gets permanently removed, we will realize that “I” am eternal and unborn and being never born, I will never die. So the notion of death would become a moot point (see Overcome Fear of Death). 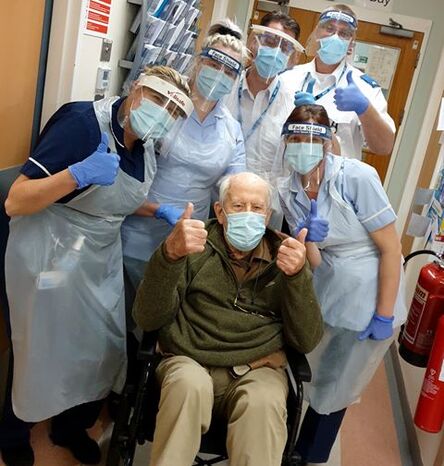 In England, 101 years old Keith went home after being treated in a hospital for 2 weeks for COVID-19 infection
“Five things are predestined – age, profession, wealth, education and mode of dying.”

This statement says that the time of death is predetermined. So, when the time comes to leave this body nobody can save us from death and when it's not our time nothing and nobody can kill us. Even Corona virus cannot harm us!

You might have witnessed that two patients suffering from the same disease, being treated by the same doctor, being administered the same medicine react differently to the treatment, with one patient making a full recovery while the other dying. In current times too, it is seen that of all those who have been exposed to Corona virus, some die, some end up in hospitals on ventilators whereas some are just asymptomatic carriers. And many are somewhere in the middle of the spectrum.

Why is that so?


Before the war of Mahabharata broke out, Shri Krishna knew who all would die during the war. He told this to Arjun before the commencement of the war. This means that the body is perishable, would die at its predetermined time and God knows when that time will come. 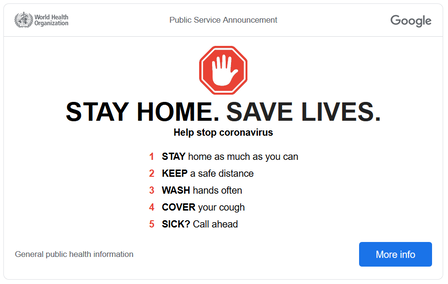 Courtesy: World Health Organization and Google
We, with our finite knowledge, can not ascertain the real reason behind our health issues. That is why we need to exercise precaution and also treat the diseases. In present times as per the collective opinion of the medical experts,  social-distancing is the best precaution to avoid contracting the virus. We need to follow the intent behind the rules imposed by the government and stay at home to limit exposure to others. Also, we ought to observe hygienic practices like washing hands, wearing masks and using gloves. And eating food that promotes health and enhances our immunity. By exercising these precautions we avoid bearing the consequences of carelessness (दोषज​).

During Mahabharata Arjuna's arrows were the cause of deaths of thousands of warriors. Lord Krishna said to Arjun,“(though they are destined to die) be ready to get the credit for killing those who are treading on the path of unrighteousness”. In the current situation Corona virus is getting to be the cause of death of those whose time has come. The inevitable is happening. 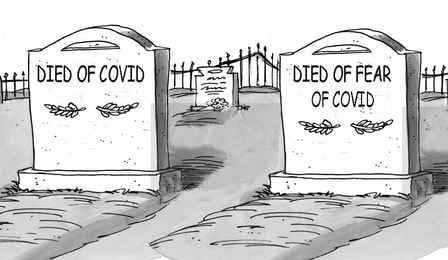 Take action! Don't let the second one be you!
“As several rivers run into the ocean, so are all these great warriors entering into your blazing mouth.”

Hence, whether it is Corona virus or anything else, a wise person ought not to be worried or scared. The apprehension about the possibility of death increases your anxiety (see Combat Loneliness Depression Etc) which is of no benefit for us in anyway.

Rather, when we are aware of an increased possibility of death oncoming, as in the present times, we should focus of doing something which averts (or minimize ) the problem and will secure a safe future. Instead of being worried about out-of-control aspects of a situation, choose to be proactive about finding an authentic way to achieve a permanent solution.

Wouldn't that be wise?
Read Further Coronavirus - Grace in a Mask (Part 2)
Love our Publications!!