The five obstacles of mind, which prevent the soul from going towards the ultimate goal of life, are called Panchklesh (पंचक्लेश). Panch (पंच) means five, klesh (क्लेश) means obstacle.  These five obstacles are described by Patanjali in the Yoga Sutra. 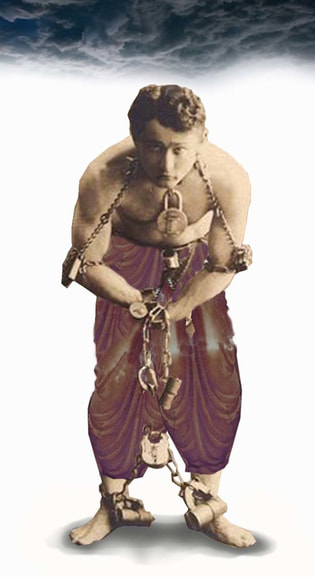 The five obstacles of mind, which prevent the soul from going towards the ultimate goal of life, are called Panchklesh
The literal meaning of the word avidya (अविद्या) is ignorance. The root cause of our sufferings is ignorance. Due to ignorance one has misconceived notions about three concepts. Pain emanates due to these notions.

Those notions are; We consider

Asmita (अस्मिता) is ego. We have a false ego of our body, which is ephemeral. This ego generates many other  differences like I am a man, I am a woman. Further sub-classifications as I am Indian, Canadian or American etc, further sub-divide as I am Gujrati, Punjabi, Marathi. There is no limit to further differentiating oneself to prove ones superiority. In that attempt continue to put more and more effort and thus become more miserable.

Rag (राग) is attachment with someone with a favorable feeling e.g. loved ones, friends and family members etc.

Dvesh (द्वेष) means harboring a ill-will for someone. In fact, this is also attachment but with the feeling of hatred. In the case a amiable feelings mind in thinking about the loved ones. Similarly, it is natural to think about a person a who is hated. Your duration of remembering a loved one depends on your attachment towards him. Precisely, you think a lot about your enemy as well. If you are extremely envious to some one, you constantly think about his qualities that you dislike and you also think how to insult him, how to take revenge with him and so on.
​Jagadguru Shri Kripalu Ji Maharaj explained it nicely in His philosophy book “Prem Ras Siddhant” saying Rag and Dvesh both are reprehensible since the occurrence of either of these two in the area of the material realm contaminates the heart. Because whoever is often remembered by you, either due to affinity or hatred, gradually mingles with your heart. Then the impression of that person becomes impossible to remove. Kansa had excessive hatred for Shri Krishna. So, he could not see anything except for Shri Krishna. He was seeing Shri Krishna even in food, water, his own clothes and body. He became extremely restless. The Gopis were attached to Shri Krishna. They were also constantly thinking about Shri Krishna. Hence both, Kans and the Gopis attained the same Golok, divine abode of Shri Krishna. It means one gets the reward of attachment of mind. If mind is attached anywhere in the material realm, one has to suffer again and again in this material world. If mind is attached to God in any way (due to affection, hatred, passion, anger, fear etc.) the reward will be divine, as God is divine.

Abhinivesh (अभिनिवेश) is fear of death. Although, we do not remember the pain of death of each life, yet it remains in our sub-conscious mind. We have an idea of its pain due to experience of previous lives. That is why every one, even an infant, is inherently scared of death. Another reason of fear of death is what unknown sufferings one might have to bear in unknown form on an unknown planet. Those who surrender unto God, never fear anything.

Never be deceived by the following words, ‘you will attain salvation or the Vision of God after your death’. Whatever you obtain in this human life (virtues, sins or spiritual bliss) only that will go with you. After death one only reaps the consequences of his deeds.
Suggested Reading