Why are Saints Compared to Birch Tree? 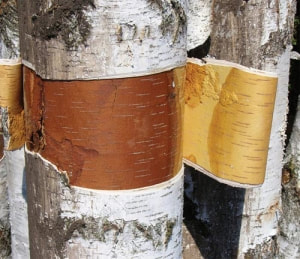 Question: Jagadguru Swami Shri Kripalu Ji Maharaj, often draws a comparison between the nature of God-realized saints and a birch tree. What is the similarity between these two?

Saints are compared to a Birch tree due to their nature of compassion and benevolence. The trunk of a birch tree is made of multiple layers of bark. If one keeps peeling away the layers of the bark, the tree would die, yet the tree does not object to anyone removing its layers. Instead it willingly gives up the layers of bark till there is none left. 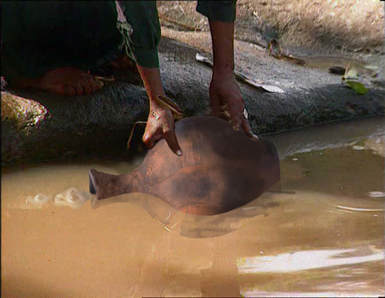 All living beings desire for that happiness, which is ever lasting, ever increasing and ever new. Scriptures tell us that since beginningless time, all actions of all living beings have been motivated by the sole desire to attain that happiness. The moment an individual soul attains that bliss, it remains forever absorbed in that bliss and there would be no need for that soul to ever perform any actions.

If this is so, then after attaining God realization, the saints should not perform any actions. Yet, we see God-realized saints tirelessly performing actions and working hard just like us material beings.

Let us understand this with an example: when an empty pitcher is lowered into the river to collect water, it makes loud bubbling sounds, but as it starts filling up, the sound reduces in intensity and once the pitcher is full, the sound dies down completely. In much the same manner, there is a frenzy of activity when the soul is looking for happiness.  After attaining that happiness, the individual soul ceases to perform all actions and just enjoys unlimited divine bliss from then on. 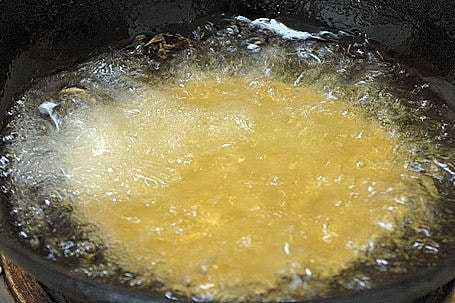 However, after attaining God realization, Saints still descend on earth and perform actions for the benefit of others. Understand this with an example:  For example, when butter is heated it makes bubbling sound. As it gets heated the suspended milk particles separate from the fat and the sound dampens. When all the fat is separated from the milk particles then it makes no sound. This fat is called ‘Ghee’ or clarified butter.

The heart of saints is softer than butter. Butter melts when heated, but the heart of a saint melts seeing the agonies of others. Saints are overcome with compassion for those who ignorantly search for happiness in the material world and as a result get further entangled in the material world. They expend tireless efforts in bestowing the 'true knowledge of the self', 'the nature of the world', explaining 'what do we really want in life' and 'how will we get it', on individual souls. 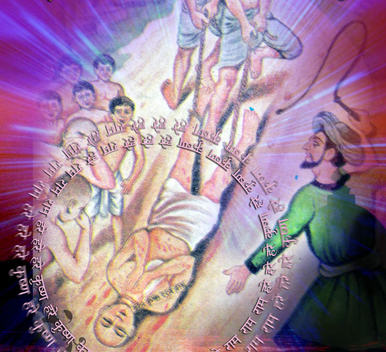 The teachings of saints sound completely different from other prevalent philosophies, hence most material beings don’t recognize a saint and ridicule them, insult them and sometimes even torture them. But due to their kind and compassionate nature, Saints accept all such atrocities and continue to impart love and grace on material beings.

All renowned saints like Tulsidas, Meera, Kabir, Tukaram, Raidas have suffered at the hands of material beings, yet did not give up their nature of benevolence.

During the time of Mahaprabhu Chaitanya, there was a Muslim devotee of Shri Radha Krishna. His name of Haridas. His devotion was so pure and strong that he was highly regarded by the inhabitants of that city. Some selfish and demonic people could not tolerate his popularity. They started spreading false stories about him, accusing him to be an infidel and offender of Islam Dharma. Although, the king was a very kind man, yet he was compelled to take action against Haridas due to numerous complaints against him.

Similarly there is another story of a dreaded dacoit Ratnakar, who later became the famous Brahmarshi Balmiki. 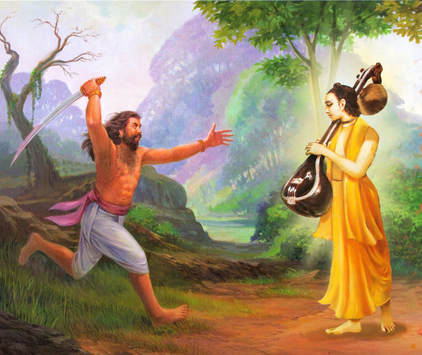 He said, "why do you commit these sins?”

Ratnakar replied, “to look after my family.”

NaradJi asked, “Would they share the results of your sins with you?”

Ratnakar confidently replied, “They sure would”. Narad Ji suggested that he go and ask his family.

Ratnakar said, “You are very clever Baba ji. You want me to go and check with my family, so that you can run away while I am gone.”

Narad Ji said “no. believe me I have no intention of running away. However, for your own satisfaction, you can tie me to this tree, while you are gone”.

See the height of compassion of a saint: to deliver a soul, a saint is willing to be tied up with ropes!!

After tying saint Narad, Ratnakar went back home and posed that question to every member of his family and was shocked to hear their responses. None of them were willing to partake in his share of sins. Ratnakar was saddened and hugely disappointed. He went back to see Saint Narad Ji and surrendered himself unto him and started practicing devotion under his guidance. The same Ratnakar later came to be known as Rishi Balmiki in the same lifetime. This is the characteristic of a saint. He does not care for his own well-being, rather continues to work tirelessly for the welfare of others.
​
Saint Ved Vyas ji says:
This verse describes the characteristics of good people and bad people in the order of their characteristics

So, those saints, who live for the welfare of others, ignoring the pains caused by others, are compared with the tree of Birch. History tells us that saints were abused, beaten, poisoned, thrown down from a mountain as even bitten by snakes. Yet they did not give up their mission of working for the welfare of the ignorant beings.
संत न छोडैैं संत​ई केतिक मिलहिं असंत । चन्दन विष व्यापत नहीं, लिपटे रहत भुजङ्ग ॥
sant na chhodaiain sant​ee ketik milahin asant . chandan vish vyaapat nahin, lipate rahat bhujang
Snakes cling on the sandalwood tree yet the tree remains unaffected from their poison. Likewise no matter how many vicious people live around the saints, they do not deviate from their sublime mission of delivering people from the ocean of miseries.
भोज पत्र सम संत गोविंद राधे । पर हित निज सर्वस्व लुटा दे ॥
​राधा गोविंद गीत  १७९२
Saints are like a birch tree. They are willing to give their all for the welfare of others.
- Jagadguru Shri Kripalu Ji Maharaj