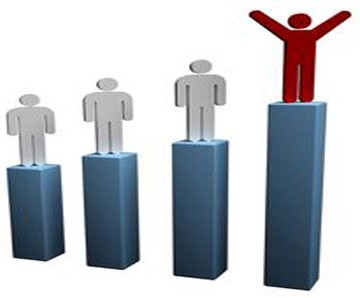 1. Good people – those who always do good to others. They do not pretend to be good, they are truly good.  These people do not ever cause harm to others, even at the expense of harming themselves.

Only God realized saints fall in this category. Throughout history, saints have borne insults and insinuations from the world. Yet, they continued to inspire everyone to walk on the path of God and achieve their ultimate objective of attaining everlasting divine bliss. Some illustrious examples of saints are Prahlad, Tulsidas, Soordas, Meera Bai, Kabir, Nanak, Tukaram, Haridas and numerous others.As Saint Tulsidas Ji says,

As saint Tulsidas Ji says,
भूर्ज तरु सम संत कृपाला । पर हित सह नित विपति विशाला ।
bhurj taru sam sant krpaala . par hit se nit vipatti vishaala
The trunk of a Birch tree is made up of multiple layers of bark. If one were to keep peeling away the bark layer by layer, then the whole trunk of the tree will be peeled away. The saints are much like the birch tree, which keeps giving away its skin for the benefit of others.

2. Ordinary people – those who are keen on helping others, while protecting their self- interests. Such people are considered second grade people.

3. Demonic people - those who hurt others only to benefit themselves. Such people fall in the category of demons.

4. Those who hurt others for no reason - Last but not the least, there are those who enjoy troubling others for no apparent reason. Ved Vyas Ji wonders what to call such people, who are worse than demons.

Saint Tulsidas describes the nature of such individuals as, 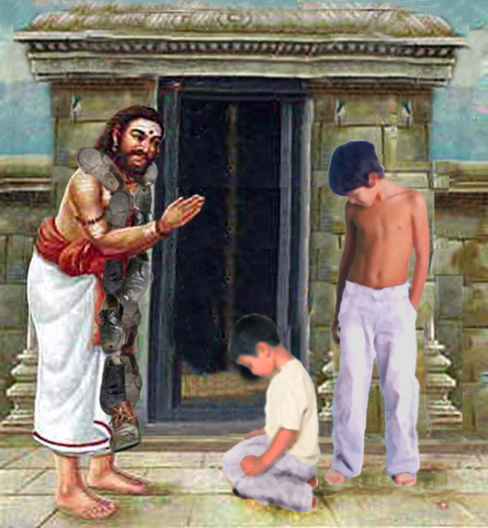 I am so blessed that I am given the support of the foot-protectors (shoes) of the devotees
Seeing others in difficulty makes them so happy as if they have attained the kingdom of the entire world. Such people do not spare anyone including the saintly people. The following story illustrates the nature of such people and also that of the saintly souls:

Once there was a saint, who used to always be engrossed in devotion to God. Some nasty youngsters who enjoyed playing pranks on others decided to make him a target of their sinful actions. In order to disgrace him, they hung a garland of shoes over His door and waited for his return.

Immersed in the thoughts of His beloved Lord, the Saint came back home and not suspecting any foul play, he opened the door to his house. As soon as the door opened, the shoe garland fell on him. This was the moment that the pranksters were patiently waiting for. They came out of their hideout and started laughing and clapping with joy. They thought that the Saint would get really angry at them and scream at them, but they were shocked to see that the Saint showed no signs of anger. Instead he started thanking God, saying,
कर्केचित , केचित ज्ञानावलम्बकाः । वयं तु हरिदासानां पादरक्षावलम्बकाः ॥
karmaavalambakaah kechit , kechit gyaanaavalambakaah
vayan tu haridaasaanaan paadarakshaavalambakaah 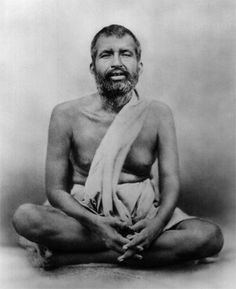 "Some have to get the support of Karma and some of Gyan to realize God. I am so blessed that I am given the support of the foot-protectors (shoes) of the devotees of my beloved Shri Krishna."

The youngsters felt ashamed at themselves, seeing this incredibly humble and positive attitude of the saint.

So, those who deliberately bother others, for no good reason, are worse than demons.

In other words, Ved Vyas Ji is saying pursuing one’s selfish motives is an inhuman characteristic. Having been given a human body, if we cannot even exhibit human qualities, attaining divine qualities and divine bliss will be nothing but a far-fetched dream. It is to be noted that attainment of divine bliss is our inherent desire and also the motivation behind every action.

We fall into the various categories from bad to good, in proportion to our selfish desires of attaining material benefits. We have only one mind and there are 2 realms to be pursued. Either the mind will desire material world of Maya or the spiritual world of God.

We must always keep in mind that since there are 4 categories of people, a person belonging to one category will only be supported by people belonging to that category and ridiculed for people belonging to the other 3 categories. No matter what you do, you will get support from one group and opposition from the rest. In other words, if you lead a simple and pious life, cunning and materialistic ones laugh at you. If you are cunning and material, simple and religious people will disapprove of your actions.  Hence, don't let your actions be guided by the premise of gaining acceptance of all. Instead, aim to become good and ignore the criticism. Swami Ram Krishna Paramhans says, "each work has to pass through three stages: ridicule, opposition and then acceptance.”

Hence, with this yardstick assess your current state as a human and strive to become a really “good" person to make your life successful. Be sure eventually, even the antagonist will also come around and accept the authenticity of your ideal life. This is what happened with all the saints.
<-- View Previous Posts of Divya Ras Bindu