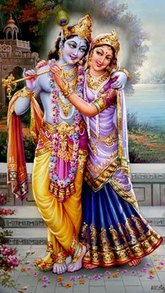 Shri Krishna is Brahma - Supreme God. All forms of God including the Trinity: Brahma, Vishnu and Shankar, who are the governors of the brahmand, are His subordinates. In the age of Kali yuga (see Kaal-Time), the same Supreme Lord Shri Krishna descended in the village of “Nadia” in West Bengal, India, in the form of Chaitanya Mahaprabhu.

The Vedas explain, there is specific purpose behind each incarnation of God. For example 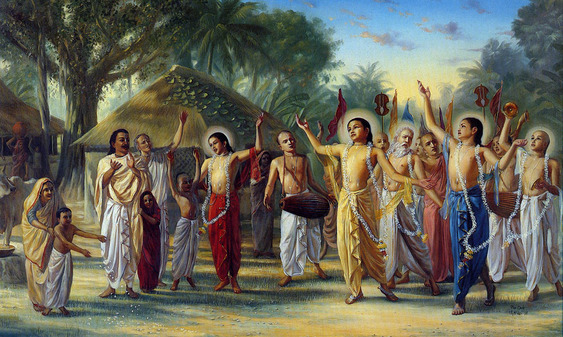 The purpose of all previous descents of God, was to eliminate evil forces on earth and to grace all religious souls. Chaitanya Mahaprabhu on the other hand, pledged not to pick up any weapons. Instead, He won over the hearts of everyone who came in His contact - the virtuous and sinful alike, by His love. He did not discriminate between deserving and undeserving souls and bestowed His love and grace equally amongst everyone. 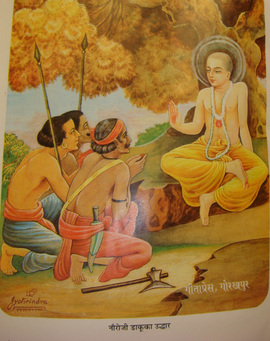 God and Bliss are one and the same. As the Vedas proclaim, bliss is unlimited:

And whosoever attains Him becomes blissful

सदा पश्यन्ति सूर्यः तद् विष्णोः परमम् पदम् ॥
sada pashyanti sooryah tad vishnoh paramam padam.
So, all those who realized God became full of unending bliss. One may ask "what about God, does He not relish any bliss"? The Vedas say that
Honey comes from honey bee and many enjoy the taste of honey. The honey bee also relishes the same honey.  Similarly, bliss emanates from God and devotees enjoy that bliss. God too relishes that bliss. Thus, in our Shastra, God has been compared to both honey and a honey bee.

This seemingly contradictory concept is accomplished by His own most intimate power called swaroop shakti (स्वरूप शक्ति). This power is so potent, that it makes impossible things possible. The essence of that power is the  Bliss-potency of God called Hladini Shakti (ह्लादिनि शक्ति ). This Hladini Shakti gives Him bliss in two ways; 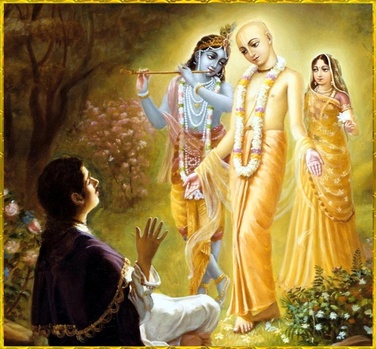 Gracing one-and-all was the publicly known reason of Mahaprabhu Ji's descent. While relishing His own ras, as a devotee, was the hidden purpose of the descent of Shri Chaitanya Mahaprabhu.

Both of these reasons are very unique and different from all the previous descents.