Reason for Descent of God 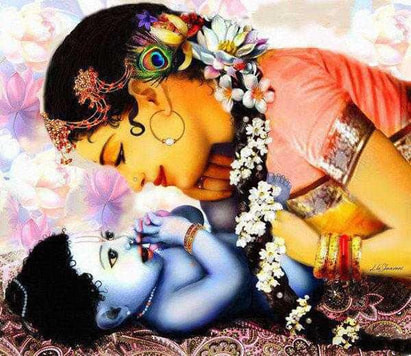 Yashoda Fondling Shri Krishna
A few weeks back we celebrated the auspicious occasion of Shri Krishna Janamashtami. Janamashtmi is celebrated as the appearance day of the Supreme Lord Shri Krishna, who appeared over 5000 years ago to grace the deserving souls with Divine Love Bliss.

As we celebrate the descension day of Lord Krishna, there is one question that often arises in the minds of spiritual aspirants - “Our scriptures state that God is Almighty, Omnipresent, Omniscient and dwells in the heart of all living beings. Then why does God descend on earth”?

Let us reflect on this question and answer it based on the philosophy revealed by our revered Guru, Jagadguru Shri Kripalu Ji Maharaj. In Bhagwad Gita, the supreme Lord Shri Krishna has stated three primary reasons for the descension of God:

Let us think through these reasons: 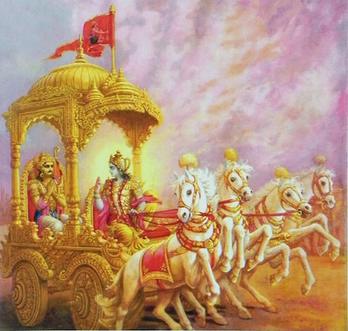 So, even though God performs all these actions and many more when He descends on earth, none of these appear to be justified and primary reasons for God’s descension. 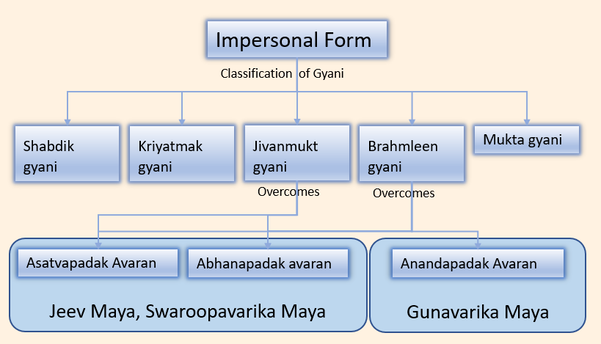 Classes of Gyanis
“God wanted some entertainment, hence he created this world”. God’s divine abode Golok is perfect in all ways. What can He relish in this imperfect, temporary and transient Sansaar-The World?  So this reason too does not sound reasonable.

Srimad Bhagvat Mahapuran provides one more reason. It states that although the Great Paramhansa are absorbed in the bliss of impersonal form of God, God appears in this world in His Divine form to immerse them in the bliss of Divine love.

A Paramhansa (or brahmleen gyani) is the highest stage of a Gyani. In this state, a Gyani remains continuously in a state of trance. He does not perceive anything as his mind remains fully absorbed in the Nirakar Brahma. If God did not reveal Himself in his personal form, these Gyanis, who consider themselves to be all-knowing, would remain eternally deprived of the divine love bliss of God. So God descends to grace the Gyanis.
तथा परमहंसानाम मुनीनाममलात्मनाम्  ।   भक्तियोगविधानार्थंकाथं पश्येमहिस्त्रियः  ॥ भा.१.८.२०
Tathā paramahansānāma munīnāmamalātmanām . Bhaktiyōgavidhānārthaṅkāthaṁ paśyēmahistriyaḥ . Bhā.1.8.20
This reason seems little more logical. 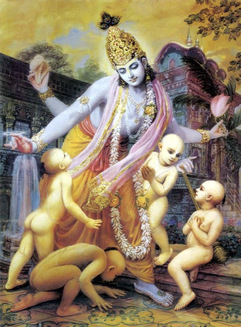 Four Kumars Smell Tulasi Leaf Kept on the Feet of MahaVishnu
However, one may still argue that it is easily possible for the Almighty God to grace the Gyanis with His divine vision and glimpses of His divine pastimes. He could easily accomplish it with His miraculous Yogmaya power.

There are several examples of great Paramhansa like Swami Shukdeo Ji Maharaj, King Janak, four Kumars etc, who abandoned their state of “Brahma Samadhi” and became absorbed in the bliss of the sakar brahma.

It is to be noted that even after hearing about the Great Gyanis who gave up their state of supreme bliss of saayujjya mukti, people still have doubts about the sweetness of sakar brahma. Had there been no descensions of God, the followers of the path of Impersonal Divinity would have loudly declared that the personal form of God does not exit. And thus God realization would have been almost impossible for ordinary human beings.

Ling Puran states,
आत्मप्रयोजनाभावे परा नुग्रह एव ही  ॥     लिंग पु
Ātmaprayōjanābhāvē parānugraha ēva hī    ling. purana
"God is self-complacent. He needs nothing at all from outside. The only reason of His descents is His mercy on individual being". This appears to be a logical reason. 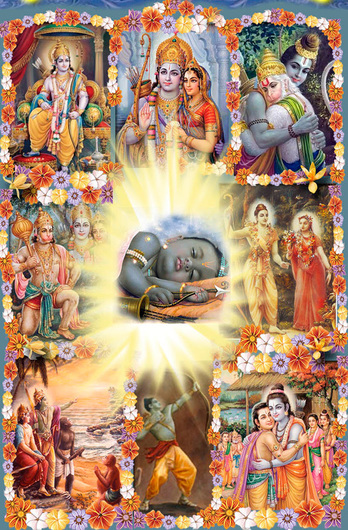 "God descends on earth due to His compassion for the souls."

When He descends, He plays many pastimes, which are incomprehensible by material beings. So when He is on the Earth, material minds get baffled. But when He ascends back to His divine abode, He leaves innumerable memories of His name, forms, pastimes, virtues, lands and his divine associates. His saints reveal these divine secrets for our benefit. Taking the help of these divine entities, we are able to remember him, do sadhana and deliver ourselves from Maya. Numerous saints like Tulsi, Soor, Meera etc have attained God-realization ­­­in this manner.

"There are uncountable reasons for the descension of God". It is pointless to say that the purpose of God’s descension can be counted.