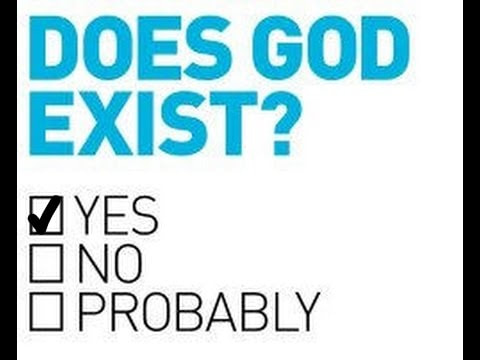 Question – Is God’s existence backed by scientific evidence or should His existence be accepted strictly based on scriptural evidence?

Answer -  God exists and His existence is apparent in many ways, yet, we question His existence due to our inability to see Him in a physical form.

There are 3 ways of proving any theory:
So let us try to evaluate God's existence based on these three kinds of evidences.

1. Realists do not accept anything until it can be directly perceived (प्रत्यक्षवाद). They claim that they cannot accept anything based on blind faith. This is a way of thinking that requires a resolution. What if you were to ask those realists "When you visited a city for the very first time, did you have any direct evidence of the existence of that city? If not, then how did you believe that the city existed and made an effort to go there to check it out?

Do you scientifically examine the food you eat, the air you breathe and the water you drink, before consuming it?

Can this world be managed strictly by direct sensory evidence? Does a head of state insist on gathering all information about everything that happens in his territory himself to believe it and take action on it or does he rely on the information gathered and analyzed by his staff and accordingly takes appropriate actions?

Do you always insist on physically seeing something to believe it? Only a naive, impractical person would do so.
​

2. The second form of evidence is called inferential evidence. Although God is not a subject of inference, His existence can be established to a certain extent by this means of evidence.
​ 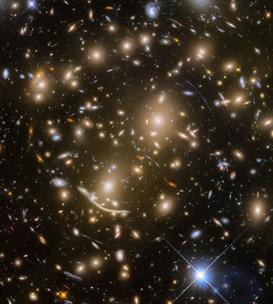 ​Then how can this vast creation comprising of innumerable brahmands and life forms come into being and continue to harmoniously co-exist without being governed by an Almighty, Omniscient and Omnipresent Governor. That supreme entity, who is characterized by these exclusive attributes is known as GOD. If you insist on calling Him by some other name i.e. “Nature” or anything else, that is fine too, for God is infinite and has infinite names and can take infinite forms.

Within “Nyaya Shastra”, “Vaisheshik” and other Darshan Shastra have used inferential evidence to prove the existence of God. They state that by observing creation, it can be guessed that its creator has to be a fully competent and all-powerful God. One can create innumerable things using soil found on this earth, but has any scientist been able to create even a particle of that soil? Scientists have been able to generate electricity from water, but has anyone been able to create water?

Since sensory perception and inferential logic are incapable of conclusively proving the existence of God, scriptural evidence is the only way left to prove His existence (परोक्षवाद). These scriptures are presented by those great men who have met God, seen Him and are endowed with the unlimited knowledge bestowed upon them by the grace of that supremely powerful and all knowledgeable God. These great saints and seers, due to their extreme kindness and compassion for us ignorant beings, have illustrated the path of God realization through these scriptures. These scriptures are the authoritative proof of the existence of the Almighty God and His innumerable and infinite powers.

For example, if you were to ask a person living in USA, if he has been to Russia and he responds in the negative. You further ask if he has been to India and China and he again replies in the negative? If you were to further ask him, if he believes that these countries exist, even though he has not personally visited these countries and this time he replies in the positive. If you were to ask him why, he’d say that he has heard and read about the existence of these countries. He has seen pictures and heard stories about these places from people.
​
In precisely the same manner, there are many Seers and Sages who have seen God and enjoyed the unlimited bliss of His attributes and pastimes. They tell us about, “who is God”, “what is our relationship with Him” and “how can we reach Him”. There are innumerable souls who have followed the instructions of these Sages and have reached God. These Saints continue to guide and inspire us to walk on the path of God realization to get rid of the miseries of the world. It is up to us, to follow the path or not.
Great scientists like George Stephenson, Newton, Einstein etc. established their theories. Other scientists, accepted those theories as being true and further performed extensive experiments to invent new things and establish additional theories. 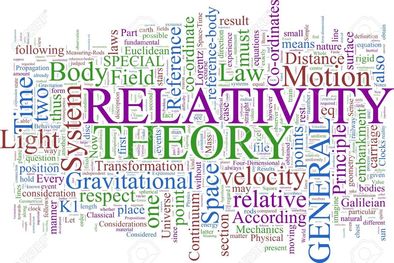 Present day scientists accept the theory of the past scientists to be true and then research further.
Similarly, we should also learn from the teachings and experiences of these great saints to attain unlimited divine bliss.

Now let us use these three forms of evidences to evaluate existence of God.

God is non-perceptible (परोक्ष) by these Gyanendriyan (material senses). So He obviously cant be proved by perceptual-evidence.

So let us move on to inferential evidence.

So far, it has been our experience that no matter how much wealth, fame and knowledge we gain, we tend to remain dissatisfied. We have an incessant quest for more, which makes us remain unsatisfied, with a deep feeling of emptiness in our heart. Our experience tells that what we have is not what we are looking for. And logic says when there are 2 things and 1 is not what you need then the other one must be what you need. e.g. if there are 2 men standing one is Ram and other is Shyam, you are looking for Shyam. You ask one of them,"What is your name"? He responds "Ram". Then, logically you can infer that the other one is Shyam. Similarly. When what you are looking for is not in the material world then it must be in the divine world. But this is not a sure shot proof.

This is the time to turn to God realized saints and listen to their teachings. This scriptural evidence is the sure shot proof. Just knowing the path is not enough. Thereby, one would need to walk on the path prescribed by them. As one progresses on the path of God realization, one's own experiences provide the proof needed to keep walking the path and attain that ultimate aim of life.

There is an ancient tale in this regard, where a rich yet dissatisfied person approaches Jesus, and is appalled at Jesus's simple life style. This is how their interaction went. 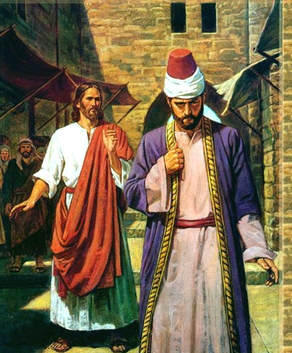 Once the king of Iran went to Jesus Christ. The king was surprised to see the simple lifestyle of Jesus Christ and could not help asking Jesus, “O revered One! please share the secret of your happiness and the constant smile on your face, regardless of the lack of physical comforts in your humble dwelling. I have all the luxuries of the world in my vast palace, yet I am forever dissatisfied. How can I attain the same happiness which you own?”

Jesus replied, “You give me all that is yours and I will give you all that is mine”. The king asked, “can we share 50/50, meaning I’ll trade half of my wealth with you”. Jesus smiled and said, “Yes but that’d buy you only 50% happiness.”

Though the king wanted the bliss yet he could not part with his riches. Hence he walked away.

We too might be in his shoes. We want bliss but might not want to fully give up desires of material things. So repeatedly evaluating our own experiences on these

Apart from the individual soul, there are two more entities, God and Maya. God is the abode of bliss and Maya is the ocean of miseries. If we proceed towards Maya, we will move far away from God.  If we proceed towards God we will get far away from the clutches of Maya. We have to make a choice amongst the two. Wise are those believe in the authenticity of our ancient Scriptures, which have been authored by God-realized saints and tread on the path of God realization.