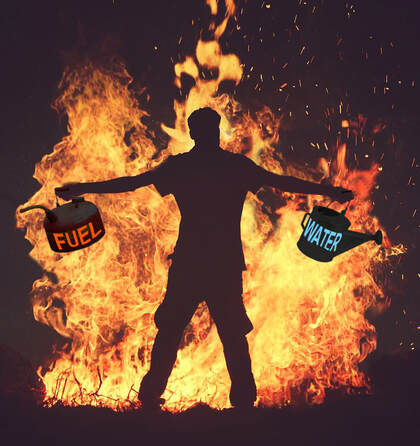 The entire world is a combination of two entities, real (सत्य​) and unreal (असत्य​). They are also known as sat (सत​) and asat (असत​). God is called satya (real) as He is eternal and divine. The world is called asatya (unreal), as it is not eternal. It was created one day and will one day cease to exist.

Shri Krishna says in the Gita, 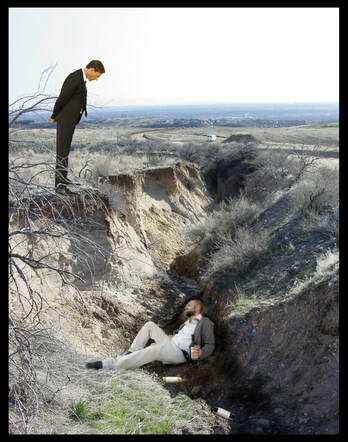 Drunken man has lost his cognitive ability to reason
“What is real never ceases and what is unreal does not endure. Those who know this truth can distinguish between the two.”

Satsang - God and His saints are beyond the realm of Maya and are satya; hence associating with them while completely involving the mind and intellect is called satsang which means associating with good.

Kusang - Mentally and physically associating with a material person or object, comes under the realm of Maya. Because every manifestation of Maya is perishable. Maya consists of three modes tamas, rajas, satvik. All asatya people and objects, inherit these three modes of Maya.  Hence associating with them is referred to as kusang.

The decision of the intellect changes based on the company one keeps. Hence, when a spiritual aspirant falls in bad association, he is unable to judge with his own intellect that he has fallen into a wrong association.
For instance, if one were to ask a heavily drunk person who has fallen in a ditch besides the road, “Sir why are you lying here? Please go and lie down on your comfortable bed in your beautiful home”, he might answer, “are you blind, can you not see that I am sleeping comfortably in my own bed.” This drunk person is neither telling a lie nor pretending. Being under the heavy influence of alcohol, he has completely lost his cognitive ability to reason and hence cannot differentiate between the ditch and his own bed. If he was not so drunk, he may have understood the difference and been able to walk back home.

So, just as in the material world, there is a direct correlation between the amount of alcohol consumed and the level of delusion, similarly, there is a direct correlation between the extent of kusang and the aspirant's ability to discriminate between sat and asat (good and bad).  So, using a deluded intellect, one is unable to ascertain “Who am I”, “What is the ultimate goal of my life” and “How will I get it”. There is only one remedy for such a deluded being, that is satsang of a genuine God-realized saint (see Saint or Imposter).

Additionally, Maya gives rise to false pride, causing people to overlook their own faults and hence deny having any faults. Our scriptures say that attachment to any asatya object is a sin. Every jeev is attached to material objects and desires to attain material pleasures. Yet due to ego, one does not accept oneself to be an ignorant fallen soul. Human beings believe themselves to be good and wise. No-one, not even a totally uneducated person can bear the words, “you are an utter fool”. Considering the vast extent of our ignorance, can one ignorant material being, enlighten another equally ignorant material being?

Saints are beyond Maya. They are the enlightened ones. Their only reason for descending on Earth, is to awaken jeev (souls), who have been in a deep slumber of ignorance since beginning-less time. Please note that only a real saint is capable of imparting the right knowledge required to attain real bliss. So, it is imperative to surrender to a real saint.

The seed of Kusang remains in the mind of every material being. It grows based on one’s sanskars (impressions) from previous lifetimes and the mental disposition in the current life.

It is also our personal experience that our thoughts change several times during the day based on our circumstances and surroundings. For example, in the association of a spiritual person, one may feel, “I should perform devotion and not waste time in pursuing material pleasures; who knows how long I have to live. It is all my fault, that I am not making any efforts to realize God. I have no-one but myself to blame for my situation. I will now make amends and will carve out at least 1 hour in the morning to do my sadhana.” and so on… At other times, while in the association of people with material ambitions, the same person may think,”Yes, it is true, that I must progress on the spiritual path. The benefits will be immense, however, that is not the only thing that I must do. I have a family and kids and must work towards making their lives comfortable. Save enough money for getting my kids through college and other future necessasities. I am just 50 years old and have a good 30 years ahead of me.”

Next month we will discuss the various forms of kusang. One needs to perform Sadhana bhakti to earn spiritual merit and always be on guard to avoid pitfalls. Both of these have to be done together to continue to steadily progress on the path of devotion.
Continued...
कुसंग में पड़ जाने पर स्वयं मन-बुद्धि का भी तदनुकुल ही निर्णय हो जाता है, जिससे साधक स्वयं अपनी बुद्धि से निर्णय नहीं कर पाता कि मैं कुसंग में पड़ गया हूँ ।
When one falls in bad association the decision of the intellect changes accordingly. Therefore, the spiritual aspirant is unable to judge with his own intellect that he has fallen into wrong association.
- Jagadguru Shri Kripalu Ji Maharaj