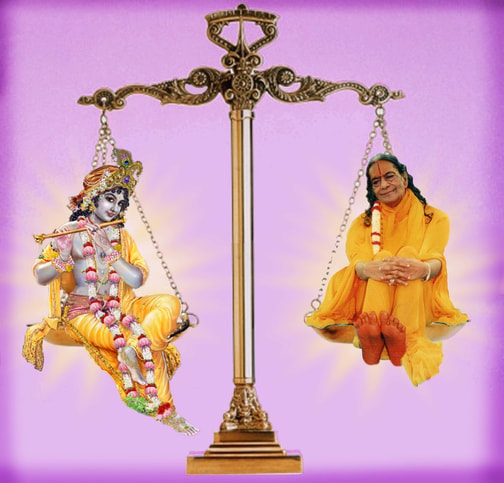 Who is greater?
We find three seemingly contradictory opinions in the Vedas;

Logically, only one of these statements can be correct. But all the scriptures unanimously declare that the Vedas are the ultimate scriptural authority and not even one word written in the Vedas is incorrect.

So let us reflect on how these three seemingly contradictory statements in the Vedas are all correct.

The supreme scholar of the present era, Jagadguru Shri Kripalu Ji Maharaj, has reconciled this contradiction and explained to us in a very easy and simple to understand manner;

1. God is the greater than Guru. Veda says;
न तत्समश्चाभ्यधिकश्च दृश्यते । श्वेता.
na tatsamashchaabhyadhikashch drshyate . shveta.
No one is even equal to Brahma - Supreme God, let alone be greater than Him. God sustains the entire universe with a fraction of His infinite power. And, the innumerable brahmands (cosmic eggs) merge into His infinite belly at the time of total annihilation. So He is indisputably the greatest personality.

2. God and Guru are equal: The moment an individual soul realizes God, God bestows all His divine powers on that soul. Upon God realization, God also imparts His mightiest power of Yogmaya and grants all of His 8 divine qualities to the individual soul.

3. Guru is greater than God: Finally, from the viewpoint of a sadhak, Guru is greater than God, as there is no limit to the grace of a Guru on the disciple. God says,
निर्मल मन जन जोइ सोइ महिं भावा ।
Nirmala mana jana jō'i sō'i mahiṁ bhāvā
"I take full charge of only those whose mind is free from all material contamination". Then who will take care of us, the ones whose minds are impure since eternity?

​Guru takes up the challenge of cleansing the impure mind of the sadhak, imparting him knowledge and helping him along on the path of God realization. Guru is like the parents of a girl child, who painstakingly raise her, educate her and imbibe all good qualities in her and once that is all done and she is of marriageable age, a boy comes along, interviews her to assess her qualities, weds her and takes her home. In much the same manner, the Guru performs all the preparatory tasks on the disciple and once the disciple is ready, God comes along to accept the perfect soul.

Guru imparts knowledge and introduces the soul to God. Guru teaches the sadhak, how to perform devotion and helps him along the way, as the sadhak continues the practice of devotion.  Guru also eliminates the roadblocks arising out of past impressions, and fights against the bad sanskars of a sadhak that come in the way of performing devotion.

Thus, Guru does uncountable things to keep the surrendered soul safe on the path of the devotion. That’s why Saint Kabirdas Ji says,
गुरू गोविंद दोऊ खड़े, काके लागू पाँय । बलिहारी गुरू आपकी गोविंद दियो मिलाय ॥
guru govind dono khade, kaake laagoon paany . balihaaree guru aapakee govind diyo milaay
"If Guru and God both are present at the same time, to who should I bow down first? I sacrifice myself on the Guru, by whose grace I could see my Lord Govind". 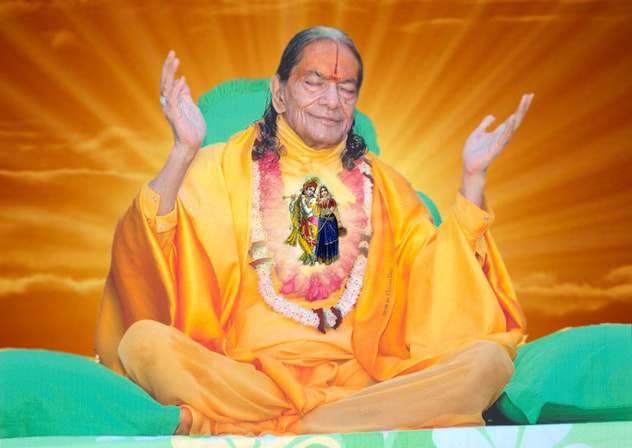 "O Arjun! Those sadhaks (aspirants), who directly worship Me are not my true devotees. I favor those sadhaks who worship My beloved devotees (real saints aka Guru) more than Me".

So, all three statements are correct.

In addition, Jagadguru Shri Kripalu Ji Maharaj adds his own perspective to this philosophy:

He says, in fact God and Guru are non-different from one another, as one realizes God and becomes a saint only after surrendering oneself completely to God. From that time on, the individual soul ceases to perform all actions and remains forever engrossed in enjoying the divine nectar of God. In this situation, God Himself directs all the actions of the saint. That is why Shri Krishna in Bhagawat said

"Consider your Guru as My visible form. There is not even an iota bit of difference between us"
​.
When God and Guru are one and the same, then what is the point of reflecting on who is the greatest personality?