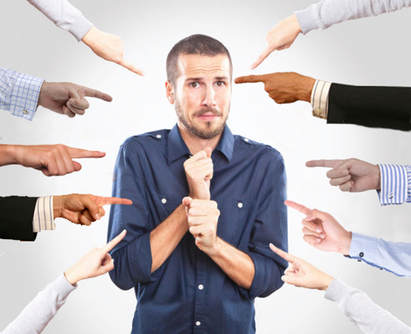 Even in Tretayug (see Kaal-Time), when Lord Ram was the ruler of Ayodhya, there lived a person who criticized Lord Ram, then what is the big surprise if someone in Kaliyug (see Kaal-Time) criticizes us, the ordinary souls. Yet, our expectation is that if someone doesn’t shower praises then at the least no one should criticize us.

The reality is that we are soul (jeev) in the clutches of Maya, therefore it is obvious that we are endowed with all the vices of Maya. Vices like anger, passion, greed, and egotism are inherent in us. And this is self-evident in our behavior. If anyone were to utter a single harsh sentence, we burn in anger. We feel jealous seeing the prosperity of others and we are toiling to get more than what we need. Even though all vices are present, they might manifest only when they find a conducive environment. The mere presence of these vices distracts us from the aim and impedes our progress towards God realization.

Among all the vices our chief enemy is ego. It gives birth to two other great enemies; lust and anger. The Gita says –
काम एष क्रोध एष ... वैरिणम्॥ गीता ३.३७
kaam esh krodh esh ... vairinam. gita 3.37
“Anger is a dangerous enemy. It creates delusion. Delusion mystifies the mind. Consequently intelligence disappears. Due to lack of intelligence one falls down into the utter ditch of materialism.” Gita has a verse with the similar meaning
क्रोधात्भवति संमोह​:… प्रणश्यति ॥                     गीता २.६३
krodhaatbhavati sammoh​:… pranashyati .                    gita 2.63
That’s why the first step of devotion is to bring in humility. All the great saints and scriptures unanimously affirm that the first step of devotion is humility. Humility means to accept yourself as-is and not put on any pretense.

When a devotee feels from the innermost depths of the heart “yes, I am an abode of all the vices. My mind is material and it very much desires material objects. First, it is impossible to atone for the countless past sins, moreover, since the mind is material, it continually sins in the present as well. So all of my efforts to cleanse my mind will be worthless”. When realizing ones helplessness, one cries out to God for grace, God comes running to him. 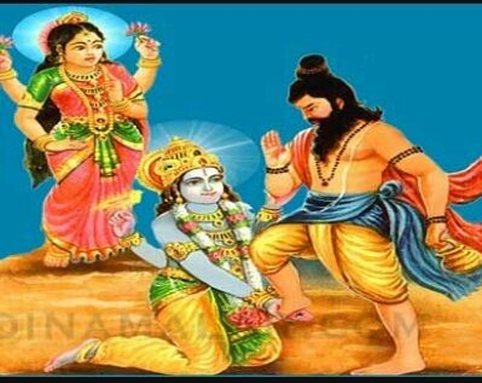 “Build a hut in your own courtyard and ask the critic to stay there. Their constant criticism will cleanse your heart without any soap or water.”

Our ego had made us blind towards our own shortcomings. Hence, develop a hobby of inviting your critics. Challenge them to keep criticizing you and you practice keeping your composure. In addition, increase this hobby up to that extent that a day without any criticism would seem insipid to you. It will make you humble which is the first step of devotion. It will also encourage you to rectify your faults.

Without any instigation, while Shri Krishna was asleep Rishi Bhrigu hit Shri Krishna's chest with his foot. Instead of being annoyed, and condemning him to hell (see narak) Shri Krishna said “Rishivar! My chest is too hard for your tender foot; can I massage it to reduce your pain? The Supreme Lord humbly requested to massage the feet of a soul! 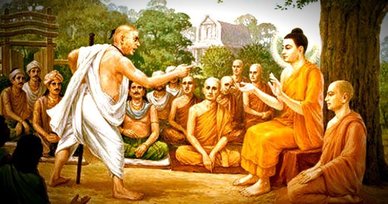 Once a lady became a devotee of Mahatama Buddha and spent most of her learning the spiritual principles and putting them in practicing. This new development greatly upset her husband. So he arrived at Mahatama Buddha’s door and started hurling abuses at Him. After several hours the man felt tired and started to slow down, Mahatma Buddha asked his disciples to feed the man and give him a place to rest so he can muster some strength and again continue the next day. In the state of great surprise the man asked, “Aren’t you offended by all the ill names I called you? Why are you treating me well”?

At that Gautam Buddha replied, “If someone gives you garbage and you don’t accept it, then who does that garbage stay with? It stays with the giver. What you tried to give to me was useless to me, so I didn’t take it. With whom will all those words stay and whom will those words hurt?”  The man understood his mistake and fell at Buddha’s feet to apologize.

Criticism is a seed that takes root very quickly in a material mind. But saints are divine hence prove to be a barren land for such seeds. They take no offense to the harsh or ill words spoken to them and continue to remain in a blissful state. The question at hand is how do we reach that desirable state?

Shri Maharaj Ji gave us several tools to live in the world, yet not be overcome by it. One of those is how to handle criticism. Here are some of the tools that we can employ to defend ourselves
A wise man should consider a critic as a well-wisher not an enemy. Criticism is a reminder of flaws, use it as a means to keep a check on vanity and strive to remove mentioned vices.
संसार तो अपना कार्य स्वभाविक गुणों के आधीन होने के कारण करेगा ही, उसकी चिन्ता हम क्यों करें?          प्रेम रस सिद्धान्त​
Being under the influence of Maya, everyone acts in accordance with their self-interest. Why should their behavior impede our spiritual progress?
- Prem Ras Siddhant
Jagadguru Shri Kripalu Ji Maharaj
<-- View Previous Posts of Divya Ras Bindu