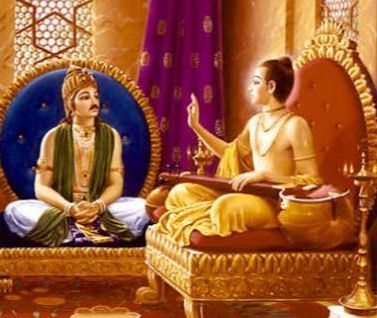 Question:
​
We have heard Shri Maharaj Ji's lectures numerous times. And we understand them and also believe what he is saying to be true. Then why do the teachings of saints not have any impact on us?

Soul (see Jeev) is eternal and so is God. Jeev has taken uncountable births in human form before this current form. In those human births we have heard lectures of saints uncountable times. The main reason of futility of teachings of saints is our carelessness in listening to those instructions. There are 2 types of listeners

a.   Chatak  (चातक): the bird chatak  (Skylark) drinks rain water that falls in the constellation named swati nakshatra. Even if it is dying of thirst, it does not drink any other water. Similarly, this type of listeners ONLY listen to things pertinent to their own devotional path. They are not interested in exploring other paths and philosophies. 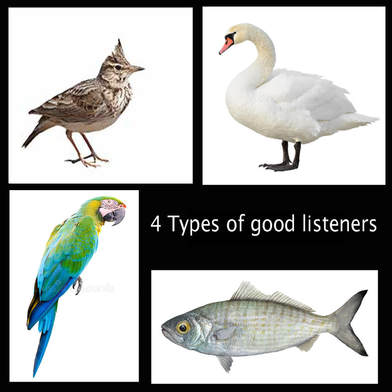 b.   Hans (हंस): Hans (Swan) is a bird that is endowed with the special ability to discriminate between water and milk. When offered milk mixed with water, it will drink the milk and leave water behind. Similarly, these listeners listen to everything but take only the information useful to them. e.g. if someone narrates the leela of Govardhan Pooja and says Shri Krishna picked up the mountain on the tip of the nail of the little finger of his left hand, a Hans shrota (listener) would ignore such trivial information. The Supreme Lord upholds the infinite cosmic eggs (brahmands). In one of those infinite brahmands is our planet earth. On the earth there is a country called India. In that country there is a district of Braj and in that district is the mountain called Govardhan. It is a trivial task for upholder of all the brahmands to pick up Govardhan mountain. these acts of almightiness do not impress a devotee. Instead, the devotees love to hear of those pastimes when the Supreme Lord forgets His almightiness and behaves at par with his devotees. E.g. when playing with uncivilized cowherd boys Almighty Shri Krishna loses, cries, and stubbornly refuses to pay the wager. When compelled to act as a horse and give rides to winners, he makes many excuses to run away.

Such listeners, who can discriminate between what is worth retaining and what is not, are called Hans (Swan) Shrota.

c.    Shuk shrota (शुक): Parrot has the ability to memorize whatever is said and can repeat it back. It does not necessarily understand anything that it is saying. Similarly these listeners listen attentively and repeat back everything as it is. They don’t put it into practice.

d. Meen shrota (मीन): Meen means Fish. It remains submerged in water and silently enjoys the water. Similarly these listeners don't exhibit their devotion externally but internally they continually relish what they have heard. 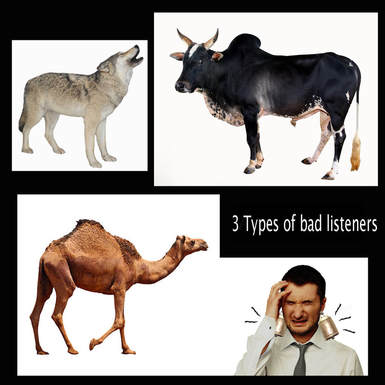 2.   Avar Shrota (अवर श्रोता) or poor listeners. They can be divided into 3 categories

a.   Vrish (वृष): Vrish means wolf. These people not pay any attention to the precepts of saints and dont let others follow them either. e.g. while a God-realized saint is explaining the precepts of eternal and divine Vedas they talk and distract others as well.

b.   Vrik (वृक): Vrik means bull. A bull equally relishes bitter neem leaves and sweets. Similarly these people listen to divine information and also worldly information with equal charm. Yet they follow nothing.

c.   Ushtra (उष्ट्र): A camel (उष्ट्र) eats only bitter stuff. So those, who like to listen to only worldly matters are called Ushtra listeners. They don’t relish the spiritual topics. There was a man who didn’t want to listen to the names of God. So he tied bells in his ears and hearing anyone pronouncing the name of God he would shake his head to ring those bells so he could not hear those words. He was an Ushtra Shrota.

Before you meet a genuine saint (see Saint or Imposter), you will have to listen to various philosophies. But once you have found a genuine Guru, you should become a Chatak shrota and stay within the confines of the philosophy conversed by your Guru and follow the path illustrated by your Guru.

An aspirant should not attempt to act like a hans shrota as an aspirant does not have perfect knowledge hence the mind can be easily influenced. Also, due to lack of divine experiences one cannot distinguish good from bad. At this stage when one hears different philosophies then one retains some good and some bad things. Due to your past sanskars, if one finds some wrong philosophy appealing then he will ask the Guru,"but Guru Ji I have heard..." Human body is invaluable but short lived. If one spends this invaluable time in creating doubts and seeking clarifications then there would hardly be enough time left to practice devotion.
Attentively listen to the philosophy, then you will understand it. After understanding the essence of scriptures, practice what you have learned. It is only through constant practice that mind gets attached to God. As your mind attaches to God, relish His divine nectar like a Meen (fish) relishes water.

Aspirants of divine-love-bliss should not show off their devotion or try to convince others to follow the path. Leave that task to the God-realized saints. You first learn to swim before trying to save others from drowning.
मानव जीवन देव दुर्लभ होने के साथ-साथ क्षण भंगुर है । व्यर्थ के चिन्तन में अपना समय मत गंवाओ । साधना करो ॥

Human body even though is unattainable even by celestial Gods is short-lived. Do not waste your time in in worthless pursuits. Practice devotion to God.
- Jagadguru Shri Kripalu Ji Maharaj