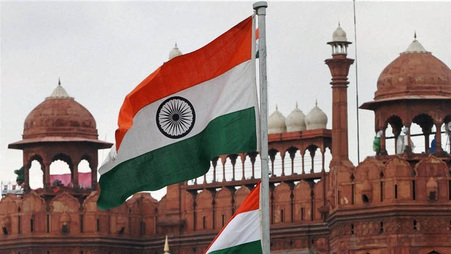 India’s Independence day is celebrated on August 15. It is on this day in the year 1947 that India became an independent nation, freed from the British colonial rule of over 200 years. This day is celebrated as a national holiday in India.

The struggle for India's Independence began in 1857 in the small town of Meerut in the state of Uttar Pradesh with a section of Indian troops staging a mutiny against the British Government. Later, in the 20th century, the Indian National Congress and other political organizations, under the leadership of Mahatma Gandhi, launched a countrywide independence movement. India gained its independent status at midnight on August 15 1947. It marked the start of a new era of independence and growth for free India.

Every year Indians celebrate this day with great joy. The Indian Tricolor Flag is hoisted in all Government buildings, public offices, schools etc. Cultural programs and feasts are organized to mark the day with rejoicing and fun activities.

Although, the country may have gained political independence but if the people were to deeply contemplate on, “have we really achieved Independence from sufferings”? Our mind would answer “No”. That is because the slavery that plagues us is not from external oppression, but from our own mind.

In fact, no one in the entire universe is free or independent. We, the material beings are slaves of our own desires, time and actions. Although we arrogantly say, “I have never bowed my head in front of anyone”, “I never begged from anyone”, “I am not a slave to anyone”, “I don’t care for anything or anyone”. Yet the fact remains that we become slaves to anger, passion, greed etc. hundreds of times during the course of a single day.

The liberated ones, the God realized saints, also say that are independent and are not slaves to anyone. On one end this is a true statement, as they are not slaves to any material desires, however they are also not truly independent, as they are fully surrendered, loyal servants of God. Every action of theirs is inspired by God and done with the sole purpose of serving and pleasing God. 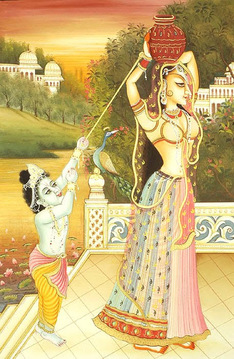 It would then appear that God is the only one who can claim to be “Independent”. Rightly so, because He is the originator of all things and controls everything.

But then, as per the great epic Bhagwat Mahapuran, God also says

I am completely, under the control of my fully surrendered devotees. He further states, -

He says in Bhagavat:
अनुब्रजाम्यहं नित्यं पूयेयेत्यंघ्रिरेणुभिः
Anubrajāmyahaṁ nityaṁ pūyēyētyaṅghrirēṇubhiḥ
I walk behind my devotees, so that their foot dust may fall on Me, and I will be purified.

So, the true meaning of independence is to gain freedom from Maya and attain God-realization. This is the kind of freedom that we need to strive for.
<--------     View Earlier Posts