Are we Unfortunate to be in Kaliyug? 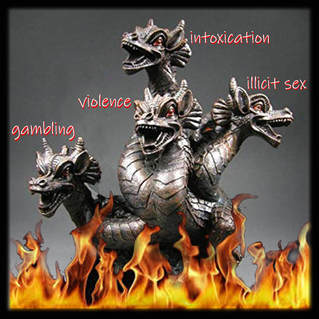 Tribulations in Kaliyug
Seeing the tribulations in our present day society, people often say, "it is ghor Kaliyug (Kaliyug has reached its peak)". And these words seems to be validated by the news on TV, newspapers etc. So are we unfortunate to be present be living in such a time?

Before we talk about Kaliyug, let us first understand what is “Kaliyug"? According to the scriptures, Kaal-time is divided into various eras called Yug and each era has its peculiar characteristics. We are presently in the era of Kali, hence this era is called Kaliyug. Kaliyug is characterized by the deterioration in spiritual and ethical values, hence is also referred to as the dark age or Iron Age. 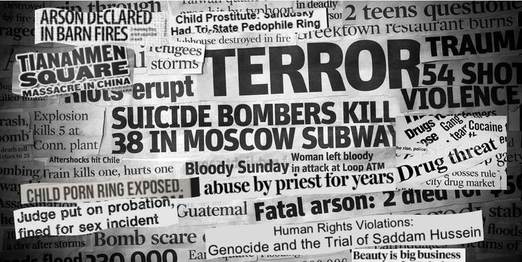 In Kaliyug violent traits begin to rise
At the onset of Kaliyug, three of those pillars get destroyed and only truth is left.

Truth also continues to deteriorate over the course of Kaliyug and towards the end, ultimately meets its sad demise. In this age, irreligion manifests itself in the form of anger, passion, ego and intoxication.

As we can see, the life span of human beings in Kaliyug is less than 100 years. Occasionally, people may live to be 100 years, but that is rare and hence considered an exception rather than the norm. Attention span of people is getting shorter. Memory is also failing. Instructions given a few minutes is many a times slips out of the memory

Furthermore, the Bhagwat says:
कृतेयद्ध्यायतोविष्णुम्,त्रेतायांयजतोमखैः।द्वापरेपरिचर्यायाम्,कलौतद्धरिकीर्तनात॥   भाग. 12.3.52
kṛte yaddhyāyato viṣṇum, tretāyāṃ yajato makhaiḥ । dvāpare paricaryāyām, kalau taddhari kīrtanāta ॥ bhāga. 12.3.52
In each Yug, there are different ways of realizing God for e.g.: God is fully aware of the constraints imposed upon the souls by Kaliyug, which includes a short lifespan, limited mental capabilities, impious environments etc., which limits their ability to perform devotion. So, the ever-merciful Lord makes it easy for the souls to attain God realization simply by chanting His names and glories.

Thus, we are very fortunate to be born in the age of Kaliyug. Currently, Kaliyug is only 5000 years old. We are in the beginning of the first quarter of Kaliyug, which means we are not yet in "ghor kaliyug' (Kaliyug at its peak). Kaliyug will last for another 427,000 years during which the influence of Kaliyug will continue to increase. If we do not hurry up and realize God now, the pain and suffering will only increase as Kaliyug progresses. So, it is wise to chant the names of God in our hearts at all times, reminding ourselves that our real well-wisher, protector and real father is always with us. Just chanting His glorious names will deliver us from this world.

Kaliyug presents us with a golden opportunity to attain God, in a very short span of time, by expending very little effort. The greatest master of this age, Jagadguruttam Shri Kripalu Ji Maharaj has imparted this precious knowledge to us. Now it is upto us to use this knowledge to our benefit.

Just like Lord Ram said to the residents of Ayodhya,
करहु सुनहु जो तुमहिं सुहाई
karahu sunahu jo tumahiṃ suhāī
"I have told you want needs to be done. Now you are free to do as you please”.
कलि सम युग नहिं गोविंद राधे । हरि नाम हरि ध्यान हरि से मिला दे ॥
No other yuga can be compared to Kaliyug for only in this yug for meeting God, one merely has to chant His names and remember Him.