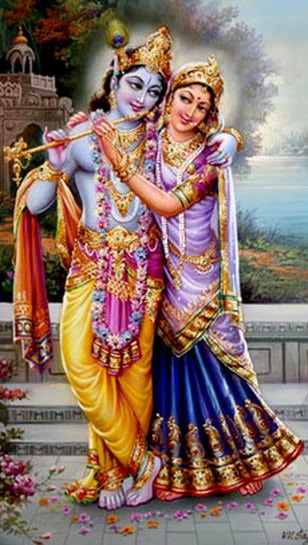 Question: Scriptures say that God is so attractive that one who gets even a slightest glimpse of Him, falls in love with Him forever. I too want to fall in love with God. How can I see Him?

Answer: Yes, this is true, that God is all-attractive and those who can see his divine form fall in love with Him forever. There are a few subtle points to understand in this statement.
There are 3 eternal entities
•    Brahm:   The almighty God, who is eternal, conscious, omniscient and possesses infinite bliss
•    Jeev:      An eternal part of God that is conscious but ignorant and devoid of bliss
•    Maya:     An eternal but inert power of God

Before the creation is manifested, Jeev and Maya lie dormant inside God. At the time of creation, God casts a glance at Maya and it becomes active. That Maya manifests itself in the form of uncountable brahmands. Each brahmand contains several lokas. Although Jeev, the individual souls, are divine and a fraction of God, yet they have eternally turned away from God. Bound by his causeless mercy, God sends them to these lokas and provides them with a material body, senses, mind and intellect as a means to reach Him. 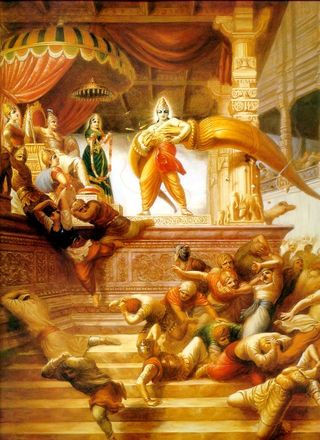 "The reach of the senses, mind and intellect is limited to the material realm only."

You may refute this statement saying that our scriptures state that God occasionally descends on this earth and during His descension period people did see Him. Undeniably, He descends. But you must have also heard that during His descension, each individual perceives Him, as per their level of devotion. When Lord Ram appeared in the court of King Janak at the time of Sita-Swayamvar, different people in the court saw Him in different forms.

"According to their own mental disposition, people saw Him in different forms. Some saw Him as valor, which has taken a human form. Evil ones got scared as if they had seen a horrifying image. His devotees saw the two brothers and their joy knew no bounds". 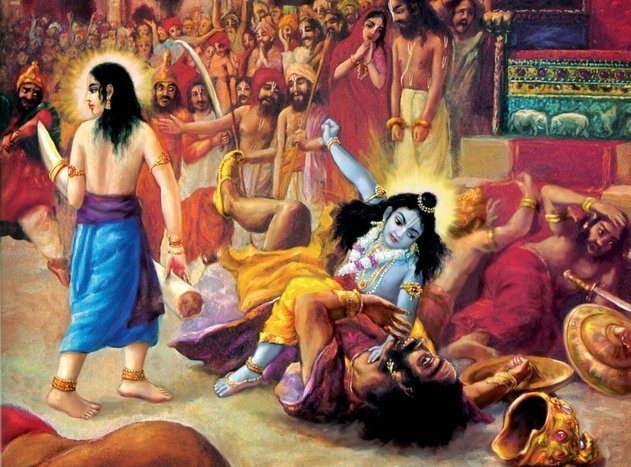 "To some, His body seemed to be made of thunderbolt. To an ordinary person, He seemed to possess superior qualities amongst all men. To young women He appeared like the God of love, supreme in love and beauty. To the cowherd boys, He was their dearest friend. To the wicked kings, He was seen as their destroyer and to evil Kansa, He was seen as the ultimate destroyer; Yamaraj, the God of death. The wicked trembled seeing His enormous form with thousands of arms, legs and heads, spitting fire worth thousands of suns from each of His mouths."

It is understandable that one might like what they see or dislike what they see, but it seems absurd that viewers see varying number of hands, legs and heads, some see Him as a young child while others see Him in the prime of youth.

God has a divine body, and its uniqueness is that everyone sees His form according to the purity of their mind and sentiment. Just like one suffering with jaundice sees yellow color everywhere similarly we, due to our material senses and mind, see Him with our temperament. His Divine form, with full magnificence and bliss, is visible only to His completely surrendered devotees.

Thus, to see God, we need a pure mind. If Lord Krishna were to appear in front of us, we would see Him only as per our mental disposition. If we are a surrendered soul then we will fall in love with Him but if we are not, since our experience will be contrary, we might loose faith and dismiss the words of scriptures and saints. So instead of wanting to see God we should focus on purifying our mind. For doing so ponder on the following points 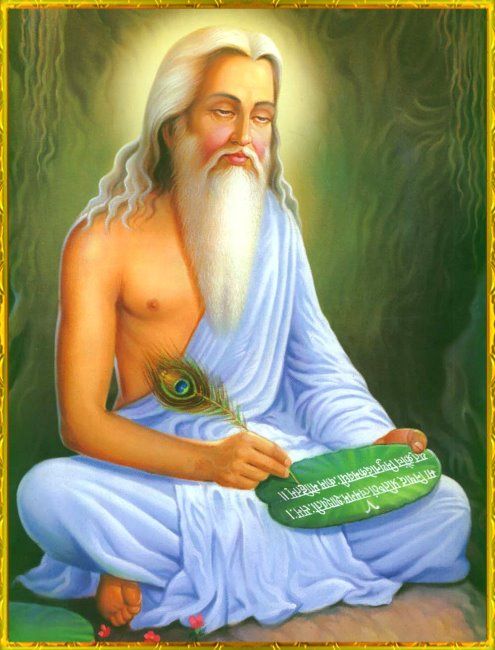 This hymn indicates that the teacher must be both
1.      a God realized soul (ब्रह्मनिष्ठम्) and
2.      well versed in scriptural knowledge (क्षोत्रियं)

Such a saint will remove all the doubts and lead you on the simplest and the most authentic path of meeting God. When an aspirant sincerely practices devotion under his guidance, the aspirant's mind starts getting purified and when the mind is completely purified, the personal power of God - Swaroop Shakti enters the heart of the devotee and makes it divine. The Guru then infuses divine love in the divine mind and at that very moment, the devotee attains the ultimate goal of life of seeing God, attaining His divine love, bliss and eternal service.

The only prerequisite to seeing God, is to accept a genuine saint as your Guru and have complete faith in his words. Our scriptures, give us the example of

Saint Balmiki, who did not perform any penances or practice of devotion, he just followed the instructions of His Guru Rishi Narad, who instructed him to pronounce the word ‘mara’ continuously until he came back (mara is the reverse of the word Rama and in continuous chanting it becomes as rama rama).  Valmiki did not ask saint Narad, when would you come back, how long should I chant mara etc.? He kept on chanting the name for years. Termites made his body their home, yet he continued to chant per the instructions of his Guru. This faith elevated him to an exclusive position of Brahmarishi, that was conferred upon him by his Guru Saint Narad.
उल्टा नाम जपा जग जाना । बाल्मीकि भये ब्रह्म समाना ।।
ulta naam japa jag jaana . baalmeeki bhaye brahm samaana
Balmiki, composed “Ramayan” (the life history of Lord Ram), before Lord Rama descended on earth in Treta Yug (See kaal-time)

Never entertain the thought that you may begin remembrance of His form after seeing Him. First practice the true devotion, completion of which will qualify you to see His divine Form.
- Jagadguru Shri Kripalu Ji Maharaj
<-- View Previous Posts of Divya Ras Bindu